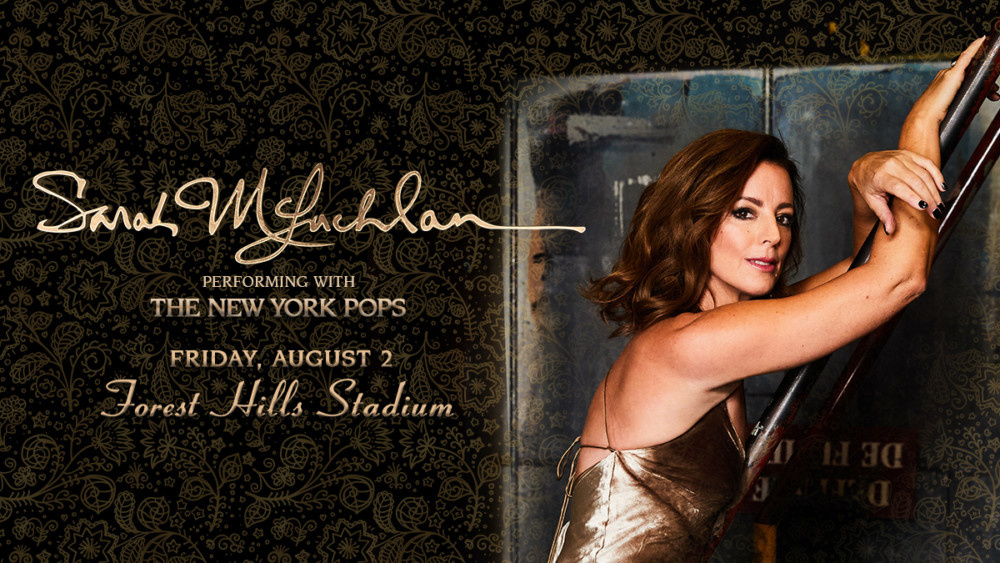 With over 30 years in the recording industry, McLachlan is best known for her intimate vocals and relatable lyrics. Canadian-born, she is a Grammy and Juno Award winning artist who has sold over 40 million albums throughout her career and was recently inducted into the Canadian Music Hall of Fame.

McLachlan’s multi-platinum album ​Surfacing w​ as released in 1997 and became her best-selling album to-date, reaching eight-times platinum in the US. The album won a Grammy for Best Pop Vocal Performance for “Building a Mystery” and another for Best Pop Instrumental Performance for “Last Dance”. She won another Grammy in 1999 for “I Will Remember You”.

In addition to her personal artistic efforts, McLachlan founded the Lilith Fair tour, which showcased female artists and brought over 2 million people together during its three-year run. Lilith Fair raised more than $7 million for women’s charities and helped launch the careers of numerous women performers. The festival was the most successful all-female music event and was the top-grossing touring festival at that time.

In 2002 McLachlan founded her non-profit organization, the Sarah McLachlan School of Music, which provides top quality music instruction at no cost, in a safe and nurturing environment, for at-risk and underserved children and youth. From an early age, music provided McLachlan with the tools she needed to navigate the challenges she faced in her life, so she recognizes how important it is for every child to have those same opportunities.

In recent years, she’s released the 2014 record ​Shine On​ and the 2016 Christmas album ​Wonderland​, which scored a Traditional Pop Vocal Album Grammy nomination.

The New York Pops’ ​Kids in the Stadium​ program, supported in part by Madison House Presents will offer more than 1,000 Queens children and their families an opportunity to attend and learn about live music for free for a fifth consecutive year. The New York Pops’ appearance is generously supported by the ​City of New York​ and the ​New York City Council​.