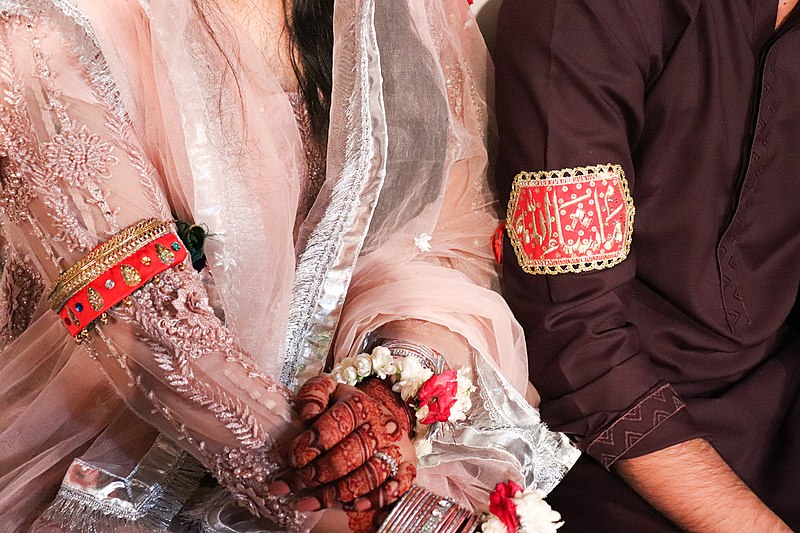 Indian weddings are noted for their grandeur and are customarily associated with time-honoured yet distinctive traditions observed by various groups throughout the globe. Muslim weddings are one of them, displaying the vibrancy full of joyful and vivacious wedding festivities intimately related to rich customs that have been handed down through the ages. Given that Islam is one of the major world faiths, there are a number of wedding rites and traditions that are solely religious in nature. Starting with an Exclusive Islamic Wedding Card which includes the rich components of Islamic culture, this fascinating occasion begins. Muslim weddings are commonly also known as Nikah. Let’s have a look at some of the fascinating rituals involved with Muslim weddings.

Salat al-Istikhaara, the first and most important pre-wedding custom, is a kind of marriage-related prayer in which the Muslim chief priest also known as the Imam asks God to grant the couple His blessings. This Muslim wedding custom might be seen as a formal invitation to the wedding.

Imam Zamin follows Salat al-Istikhaara, during which the mother of the groom visits the house of the bride. She brings presents, tasty treats, and a silver or a gold coin with her when she visits. The coin, which represents the bride’s formal acceptance into the groom’s family, will be enveloped in silk fabric and put around her arm.

Another well-known Muslim ritual is attendees visiting the bride’s family, particularly the men. The guests bring presents, candies, and bridal attire for the bride to wear on the wedding day along with them. As a sign of their love and devotion, the bride’s future husband and wife also get jewellery and accessories.

A Maulvi performs the Nikah, or marriage, which is one of the main wedding rituals in Muslim weddings. Men and women may sit in different groupings throughout the ritual. The groom will be surrounded by men, while the bride will be surrounded by women. To protect the interests of the bride, her father will serve as her guardian or wali. The Maulavi recite the holy Quran during their prayers. The groom and bride are then questioned about their willingness to be married. The wedding contract is then signed after their agreement.

The bride gets Mehr, a kind of alimony for the marriage, after the Nikah. It is said to be a required tradition that represents the groom’s commitment to the father of the bride that he will take care of his wife. This tradition can also be seen as the groom thanking the bride’s parents for keeping such wonderful care of his spouse.

It is among the most important wedding-day rituals. The bride and groom are sitting apart during the ceremony, and the Maulavi requests their permission to be married. The bride and groom must respond with “Qubool hai,” which means I accept, three times to indicate their agreement. 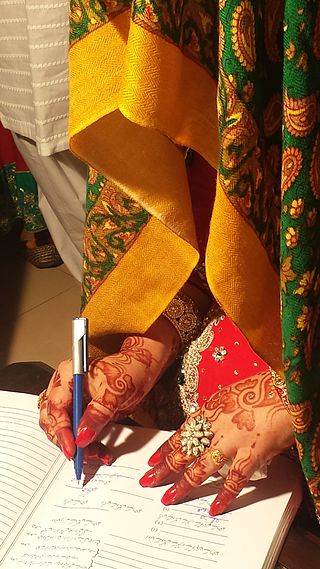 The Nikah Nama is the legal marriage contract that is signed when Maulavi requests the bride and groom’s permission. Two witnesses, one from each of the two families, are present. Following the legal contract’s signing, the couple is blessed by the elders of their respective families after reciting prayers from the Quran.

One of the unique Muslim wedding rituals involves the bride and groom gazing into a mirror that is placed in front of them. This follows the wedding ceremony. Even yet, it is still regarded as a component of wedding rituals.

A few post-wedding rituals must be carried out following the pre-wedding and wedding rituals. Rukhsat is the first of them, during which the bride bids her relatives farewell. She then makes her way into the groom’s home, where she is cordially greeted while the elders read Holy Quran prayers.

The bridegroom pays a family visit after the wedding ceremony; this practice is known as Chauthi. This occurs on the 4th day of the wedding. The bride’s family members welcome the pair by presenting them with presents and providing delicacies. The couple is given a lengthy feast as a sign that the Muslim wedding customs and rituals have come to a conclusion.

Considering that Islam is practised differently depending on the nation, you might anticipate regional influences during a Muslim wedding. However, if this is your first time attending a Muslim wedding, resist the impulse to leap on the floor or engage in inappropriate public intimacy. There are certain limitations, and you must abide by them. However, you could still experience a lot of lovely events at a traditional Muslim wedding, some of them are so special that you won’t forget them for a very long time.

Suzanna BowlingJanuary 24, 2023
Read More
Scroll for more
Tap
Identifying Common House Pest
Where Does The Ball Go After The Drop?