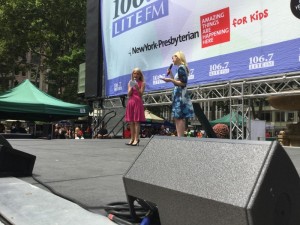 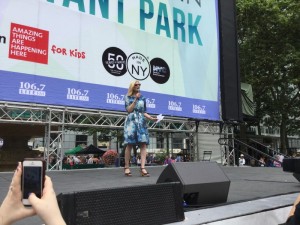 It was a beautiful scorching day for the second week of 106.7 LITE FM’s Broadway in Bryant Park, a free lunchtime series featuring On- and Off- Broadway performances throughout the summer. The second edition of the series was emceed by 106.7 LITE FM’s fan-favorite personality Christine Nagy alongside Catherine Russel,, of the Perfect Crime. 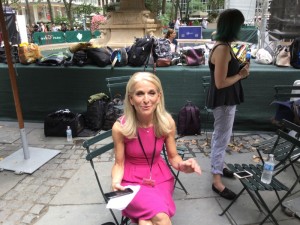 The show began with the cast of Finding Neverland! who impressed fans with “We’re All Made of Stars”, “Neverland” and “All That Matters.”  The cast of The Fantasticks wowed showed why it is the longest off Broadway running musical with “Soon It’s Gonna Rain.” It may have been the opening night for Motown but the show performed a medley of hits from the Supremes and the Jackson 5, as well as “Do You Love Me,” “Get Ready” and “Dancing in the Street.” Special guest Berry Gordy, creator of Motown, came out to surprise concert-goers and introduce the cast’s closing number “What’s Going On, but more of this show in the second part of this article and video segment.”  Jamie Camil (Jane the Virgin) and the rest of the Chicago cast closed out the show with hits including “Roxie,” “Me & My Baby” and “We Both Reached For The Gun”. 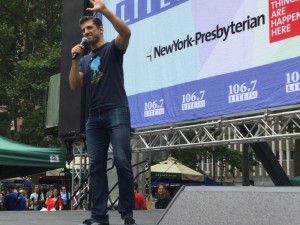 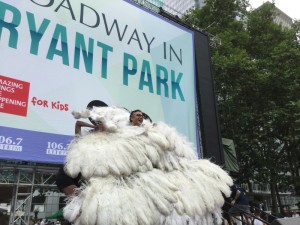 Make sure to catch Fiddler on the Roof, Les Miz, Fuerza Bruta and The Marvelous Wonderettes as they take the stage for next Thursday, July 21st. 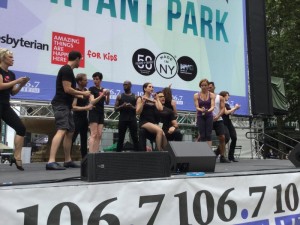 They Both Reached For the Gun 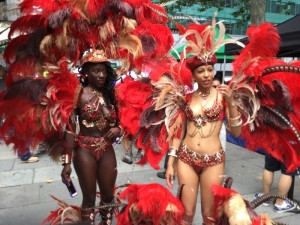 Suzanna BowlingJanuary 26, 2023
Read More
Scroll for more
Tap
Oleg Frish Duet With His American Idols
What to See at NYMF This Year