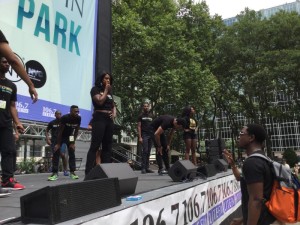 Cast with their choreographer

The second week of 106.7 LITE FM’s Broadway in Bryant Park, a free lunchtime series featuring On and Off Broadway performances throughout the summer was full of superb performances. The second edition of the series was emceed by 106.7 LITE FM’s fan-favorite personality Christine Nagy alongside Catherine Russell, of the Perfect Crime. 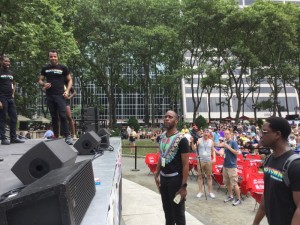 The show had the cast of Finding Neverland!, The Fantasticks and Chicago who wowed the audience. 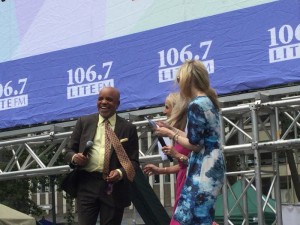 It was the opening night for Motown and the show performed a medley of hits from The Supremes and the Jackson 5, as well as “Do You Love Me,” “Get Ready” and “Dancing in the Street.” 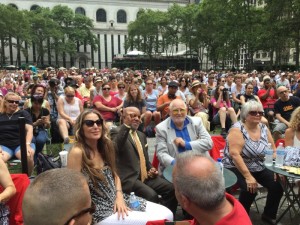 Berry Gordy in the house

The iconic Berry Gordy who brought those amazing artists and talent and created Motown, came out to the surprise and delight of concert-goers. The brilliant cast of Motown sang a passionate  version of Marvin Gaye’s call to action “What’s Going On,” that ended with black power salute by some of the members of the cast.

Suzanna BowlingJanuary 25, 2023
Read More
Scroll for more
Tap
What to See at NYMF This Year
Jennifer Damiano Wows With a Quiet Presence