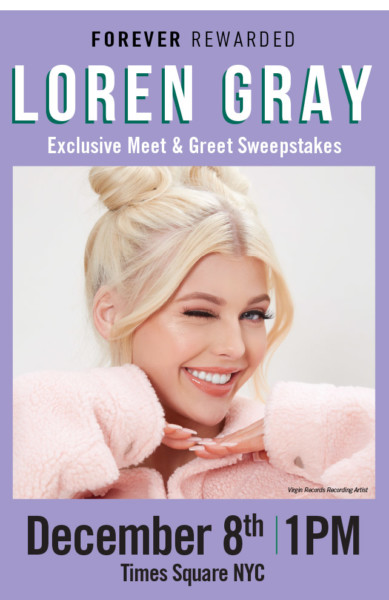 Recording artist Loren Gray will be doing a Meet & Greet at Forever 21 at 1540 Broadway on December 8th. Fans will receive an autograph and have the opportunity to take a photo with Loren. Fans will be accommodated on a first come, first served basis – so it’s recommended that you arrive early! 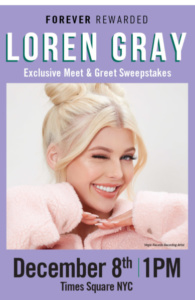 16 year-old Loren Gray is a well-known personality and social media star, who is popular for her musical.ly account, @lorengray, where she has millions of fans. She is active on social networking sites since 2013 and has millions of followers. Gray is also popular as a model, actress, and dancer. She is also active on Youtube and has earned numerous fans following her self-titled YouTube Channel.

Loren began her professional career as a child model. After that, she appeared in numerous magazines including Teen Vogue and Seventeen. She has also worked for several footwear and clothing brands as a model.

Gray runs a self-titled YouTube channel, where she has more than 2.85 millionfollowers. She usually posts video tutorial and has also covered the popular song New Rules, originally sung by Dua Lipa.

Gray has been nominated for numerous awards including People’s Choice Awards,the Teen Choice Awards, and the VMAs awards. In 2017, she became the member of a tour group along with Blake Gray, Nathan Triska, HRVY, and Tyler Brown.