20, 40, 50 Years Len Cariou and Craig Bierko Celebrate What Those Numbers Mean As They Get Ready To Open Harry Townsend’s Last Stand 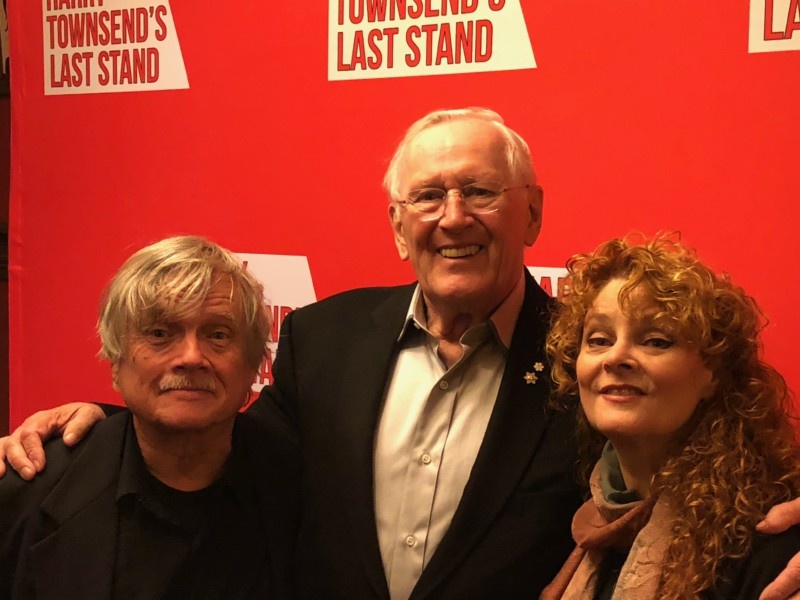 20, 40, 50 Years Len Cariou and Craig Bierko Celebrate What Those Numbers Mean As They Get Ready To Open Harry Townsend’s Last Stand

It has been 40 years since Len Cariou starred in Sweeney Todd with the incredible Angela Lansbury. Ken Jennings and Sarah Rice were at Sardi’s to wish their leading man well with his newest show Harry Townsend’s Last Stand.

It’s been 50 years since Len starred in Applause with Penny Fuller and Lee Roy Reams and they were there to wish Mr. Cariou a welcome back to the theatre.

It has been 20 years since Craig Bierko starred in The Music Man nominated for both a Tony and Drama Desk Award. Sally Murphy came to celebrate Craig.

A comedy with heart, Harry Townsend’s Last Stand centers around 85-year-old Harry Townsend, a widower, living alone in the Lakeside home he built in Vermont. While he still possesses a sharp mind and a dry wit, he is getting up there in age. Beside his daughter, Sarah, the one happiness in his life is his son, Alan, who is finally coming home after an 18-month absence. Yet Alan’s return is accompanied by an agenda that puts the aging father and his concerned son at odds. Harry Townsend’s Last Stand tells a story of complex family dynamics, passion, humor and the shorthand of communication that we have with our loved ones.

Suzanna BowlingJanuary 18, 2023
Read More
Scroll for more
Tap
A Is For Audra: Broadway’s Leading Ladies From A To Z
What’s New For The Macy’s 93rd Annual Thanksgiving Day Parade