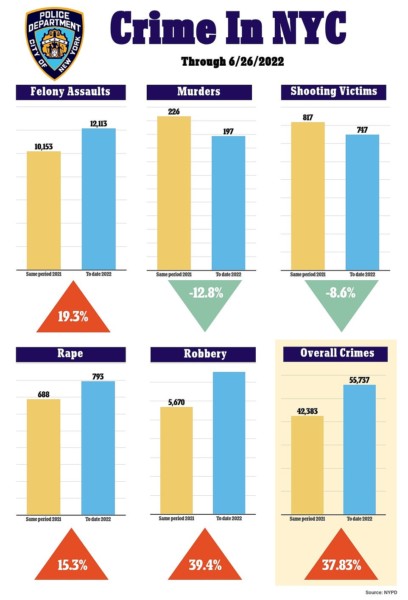 On Lexington Avenue and 95th Street, across the street from a playground filled with children, a young mother was shot dead while pushing her baby in a stroller. It was done in a point-blank execution style.  The hooded shooter approached her and fired a single shot into her head. The baby was unharmed.

The unidentified killer fled on foot and is still at large, according to the police.

Children in the nearby Samuel Seabury Playground witnessed the shooting.

The area is an affluent and normally quiet neighborhood where crime is low.

The murder occurred at around 8.23pm on Wednesday evening.

Mayor Eric Adams blames the shooting on the “over-proliferation of guns and and how readily accessible they are. He stated that criminals have no fear in using these guns on innocent New Yorkers.”

Citywide, major crimes in New York are up 38 percent so far this year compared to last year.

Maybe Adams should take a tougher stand on crime and the criminals who have free run in NYC instead of attending all those gala’s.