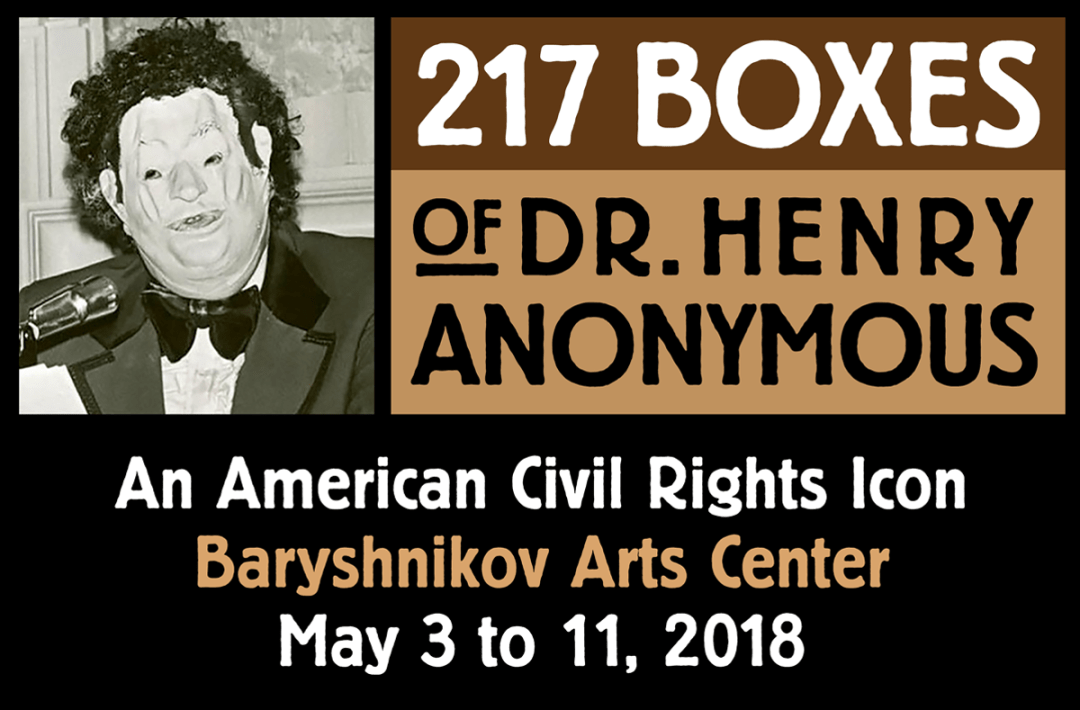 217 Boxes of Dr. Henry Anonymous has a Few Too Many Boxes

217 Boxes of Dr. Henry Anonymous has a Few Too Many Boxes 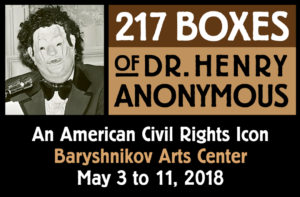 217 Boxes of Dr. Henry Anonymous written and directed by three-time Obie Award-winning Ain Gordon and playing at the Baryshnikov Arts Center’s Jerome Robbins Theater tells the history of Dr. John Fryer, the psychiatrist who donned a rubber costume mask and convinced the American Psychiatric Association that homosexuality was not a mental disease. Told from the point of view of three key members of John’s life, this play is in essence three long monologues shaping the man. But one may wonder, are these three the best “boxes” to learn about this pivotal moment in LGBT civil rights history? 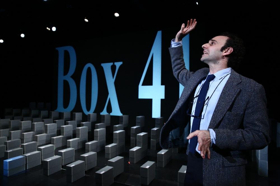 The first “box”, or folder in a box, belongs to Alfred A. Gross (the fabulous Derek Lucci). Gross describes the times and troubles homosexual men had to deal with. The need to keep the secret, even from each other at times. The fear they lived in from those “not of our kind”. He describes with great flare – or swish as he puts it – his first written request and subsequent meeting with Dr. Fryer to help men who “by reason of sexual deviation are in trouble with themselves, the law or society.” Gross’s speech ends with him referring to himself as the “Cro-Magnon of homosexual freedom”, in essence, the catalyst for Fryer’s efforts with the APA. But in the end, we know more about his experience with the gay community of the past than we do Fryer’s. 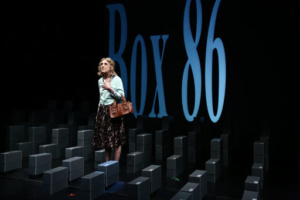 Next enters Katherine M. Luder (the lovely Laura Esterman), an eccentric personal secretary to Dr. Fryer for 24 years. She came to work for him one year after his Dr. Anonymous speech, during the time he worked with homosexual men who had contracted HIV. Again, she gives perspective into the times and struggles of the people within the gay community, but again we get the feeling this is more about her than John. Her reaction to learning the truth about the patients he saw privately at his house, her own confusion about what type of relationship they had, and the gratitude she felt towards a man who didn’t see her as “an eccentric, old-fashioned, solitary lady”.

The final character to speak on behalf of the Dr. is his own father, Ercel Fryer (the endearing Ken Marks), and we actually hear about the now famous Dr. Anonymous speech. Presenting this speech from a loving father’s, proud perspective is genius on Ain’s part. Though deceased before his son’s speech, Ercel recounts how he wrote a total of 9 letters to his son, and how, in those days, one did not speak allowed about certain things. But his pride is evident when he recites, by memory, a portion of John’s speech at the 1972 APA conference.

While each character gives insight into the shadow character of Dr. John Fryer, Ain’s script could use a little tightening up in regard to not letting his characters get carried away with their own desires. Other than Ercel, the main subject of Dr. Anonymous’ speech is literally avoided.

With that said, each actor does make their rolls their own. Lucci is a force of nature as the swishing queen who balances limp wrist with strong will. Esterman is perfectly comedic and believable as the eccentric mother/wife/best friend/secretary role. And Ercel is heartbreaking in his final line, “Love, Daddy”.

Light and projection design by Nick Ryckert were adequate, albeit a little basic.

My main issue was the set design, which goes un-billed. In a play called 217 boxes, why on earth would you have a set designed with 232? Yes, I counted. Not to mention a backdrop that alluded to more.

Dr. John Fryer was an LGBT civil rights pioneer in his own rights, and any insight into the man who was brave enough to risk everything for people with “Our Problem” should be immortalized. 217 Boxes attempts to shine a light on this man and his achievement but might want to look into those boxes one more time for a few more facts.