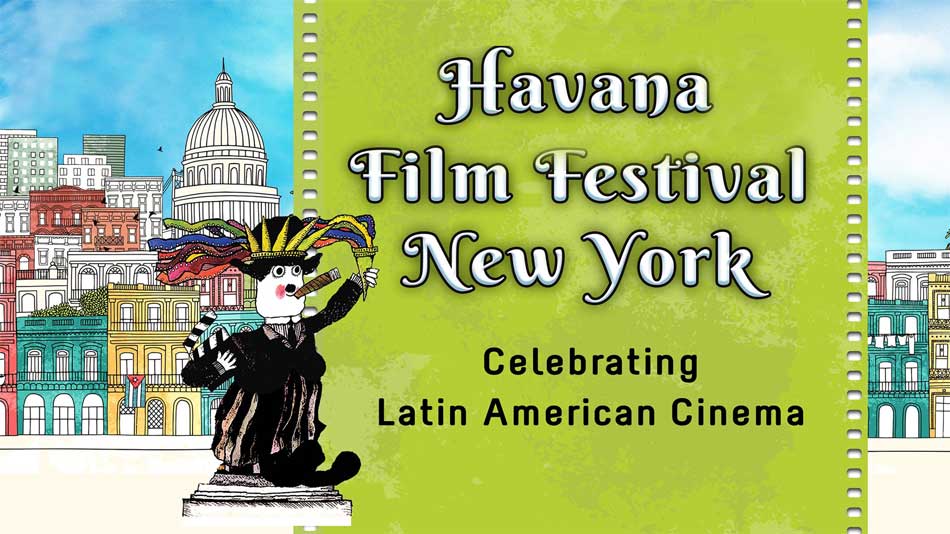 September 17-23, 2021 the 21st Havana Film Festival New York (HFFNY) is back in theaters, with an exceptional program of over 30 films from Cuba, Latin America, and the U.S. Featuring a diverse slate of films, HFFNY 2021 highlights the Cuban cultural legacy through its most inspiring creators in addition to new releases from across Latin America competing to win the Havana Star Prize in fiction and documentary. This year’s program also includes retrospectives, roundtables, and master classes guaranteed to open minds and start conversations.

The 21st HFFNY will showcase films from Argentina, Brazil, Chile, Colombia, Cuba, Guatemala, Mexico, Peru, Puerto Rico, Spain, and the United States. The festival offers a cinematic window into the multiple perspectives that make up the Latin American diaspora, and will foster an environment for industry professionals, film lovers, and Latinos to enrich and expand their vision of Latino culture. Filmmakers will join us from around the world to introduce audiences to their stories, interpretations, and approaches to the art of making movies.

Special guests to be announced. A full schedule of films will be announced August 11th. Visit www.HFFNY.com for regular updates.

From a nostalgic tale of a childhood in Havana to an absurdist Argentinian drama in which a listless millennial sets out on a series of short encounters as the world flirts with possible apocalypse, HFFNY has a movie for everyone.

Films will be screened during the afternoons and evenings with FREE panels at 11AM on Saturday and Sunday. Masterclasses, retrospectives, and other special events will be presented in partnership with local cultural organizations and educational institutions, free of charge and open to the public.

TRIBUTES TO THOSE WE LOST:

In recognition of two Cuban filmmakers that we lost this year, Juan Carlos Tabío (1943-2021) and Enrique Pineda Barnet (1933-2021) the Havana Film Festival New York is celebrating their contributions to the field of filmmaking with screenings of the newly restored versions of some of their earlier films. :

● Se Permuta / House for Swap
Juan Carlos Tabío | Cuba | Fiction | 1983 | 103min
A charming farce about Cuba’s housing shortage, and the first sitcom produced by Cuba’s film institute, it was widely received as a hilarious guide to the heart of Cuban society.

● Giselle
Enrique Pineda Barnet | Cuba | Docu-Fiction | 1965 | 90min
A thrilling performance film that follows Cuba’s immortal ballerina, Alicia Alonso, in her acclaimed portrayal of Giselle in the eponymous ballet that made her an international star

A SPECIAL PRESENTATION OF CLASSIC CINEMA:

HFFNY offers ticket discounts to students and senior citizens, and through its selection of Festival passes. It also advertises time-limited reduced price sales for screenings and events on its social media pages. For more information, follow us on social media at @hffny and visit us at www.HFFNY.com.