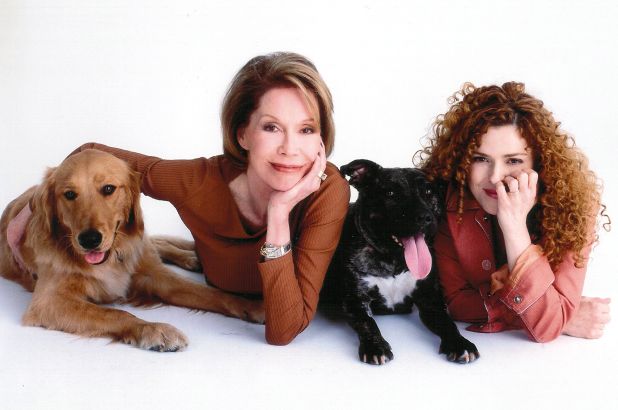 The 22nd installment of Broadway Barks, the star-studded dog and cat adoption event, aptly titled “Broadway Barks Across America” for the 2020 season will be streamed for the first time ever on Thursday, July 16th at 7:30 p.m. EDT. The streamed event, hosted by co-founder, Bernadette Peters will feature adoptable animals presented by celebrities from across the country.

The stream is produced by Broadway Cares/Equity Fights AIDS and Broadway.com’s Paul Wontorek, will be presented in partnership with Broadway.com and will broadcast free of charge on their websites, YouTube and Facebook pages.

“I’m excited to be pivoting to an online, streaming event this year. We are able to share more animal stories from more shelters across America, with more people…all from the safety and comfort of their own homes. It’s a win, win, win…win! “ Peters said.

And just like previous events, funds raised go to the participating shelters. Donations can be made directly to BroadwayBarks.com or via the stream.

Broadway Barks co-founded by Mary Tyler Moore and Bernadette Peters in 1998 has become New York City’s premiere animal adoption event. More than 2,000 cats and dogs have stolen Broadway’s spotlight and the hearts of all who come to Broadway Barks. Approximately 85% of these furry friends have successfully found forever homes.

Broadway Cares/Equity Fights AIDS is one of the nation’s leading industry-based, nonprofit AIDS fundraising and grant-making organizations. By drawing upon the talents, resources and generosity of the American theater community, since 1988 Broadway Cares/Equity Fights AIDS has raised more than $300 million for essential services for people affected by HIV/AIDS, COVID-19 and other critical illnesses across the United States. The support helps provide lifesaving medication, healthy meals, counseling and emergency assistance.

Broadway Cares/Equity Fights AIDS is the largest single financial supporter of the social service programs at The Actors Fund, including the HIV/AIDS Initiative, the Phyllis Newman Women’s Health Initiative and The Friedman Health Center for the Performing Arts. Broadway Cares also provides annual grants to more than 450 HIV/AIDS and family service organizations in all 50 states, Puerto Rico and Washington, D.C.

Suzanna BowlingNovember 27, 2022
Read More
Scroll for more
Tap
Calling All Singers
What To Watch July 10th To Take Away The Blues