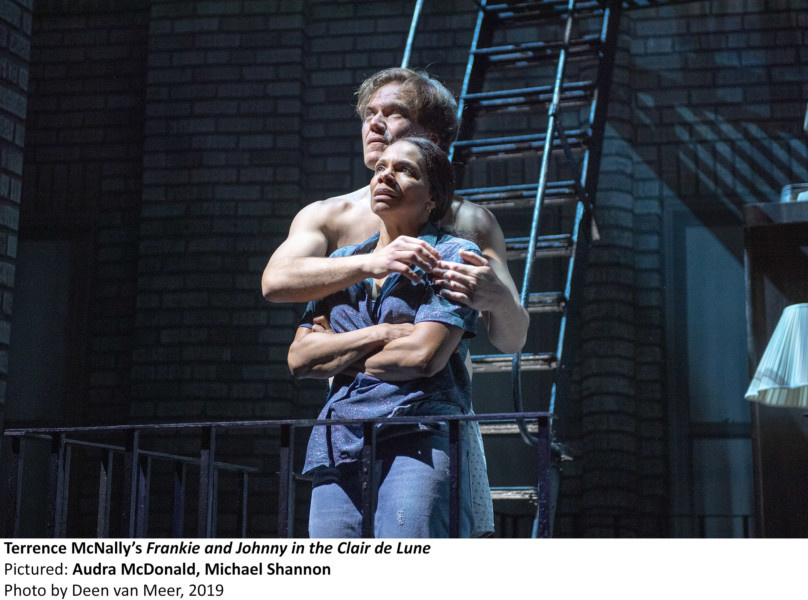 Tickets for the May 29 opening celebration will be available to purchase starting at 12:01am on Monday, May 27 through Tuesday, May 28 at 11:59pm at FrankieAndJohnnyBroadway.com or Telecharge.com(212.239.6200), or at the Broadhurst Theatre box office (235 West 44th Street).

Director Arin Arbus, in her Broadway debut, directs this portrait of a lonely waitress and a short order cook whose first date turns into a one-night stand – and maybe more.

Originally produced more than 30 years ago Off-Broadway, Frankie and Johnny in the Clair de Lune is one of McNally’s most acclaimed plays and will appear on Broadway as the playwright celebrates his 80thbirthday. The play was a runaway hit from 1987 to 1989, returned to Broadway in a highly praised production in 2002 and was also turned into a feature film.