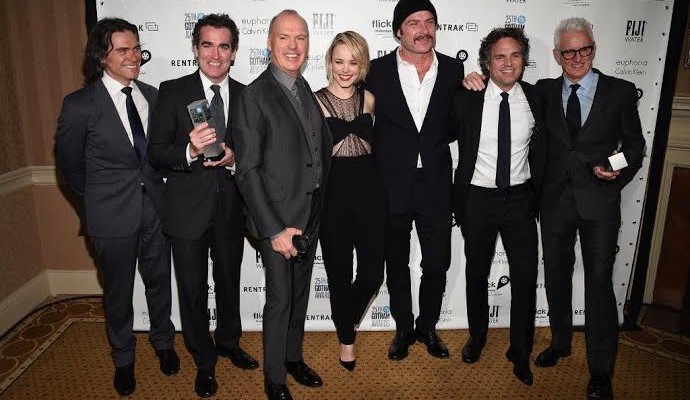 The Independent Filmmaker Project (IFP) last night hosted a phenomenal presentation for the 25h Annual Gotham Independent Film Awards held at Cipriani Wall Street. The biggest stars in Hollywood were all under one roof for the glamorous affair. VIP guests enjoyed mingling during the cocktail hour featuring fantastic drinks by Maestro Dobel Tequila. At dinner attendees sipped sophisticated Line 39 wine selections from California as the winners and tributes were announced for the ceremony. 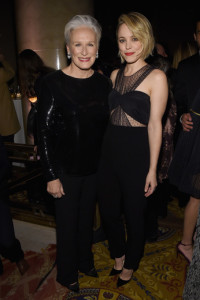 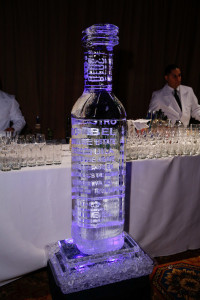 Maestro Dobel Tequila by Proximo at the cocktail hour

Winning the award for Best Actor was Paul Dano for his transformative, emotional turn as the young Brian Wilson in Love & Mercy. Bel Powley was voted Best Actress for her emotionally detailed and varied performance in The Diary of a Teenage Girl, in which she plays a teen artist who starts an affair with her mother’s boyfriend. 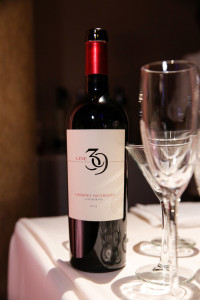 Line 39 Wines by O’Neill Vintners at the dinner

Jonas Carpignano won the Bingham Ray Breakthrough Director award, given to the director of a first feature, for Mediterranea, his timely and visually stunning debut chronicling two friends’ harrowing journey to cross the Mediterranean Sea to immigrate to Italy.

For the first time, the Gotham Awards presented two Breakthrough Series awards for achievement in episodic content in television and digital media. The Breakthrough Series– Long Form award winner was Mr. Robot, created by Sam Esmail. The USA Network series follows Elliot, a young programmer who works as a cyber-security engineer by day and a vigilante hacker by night.

The Breakthrough Series– Short Form award went to Shugs & Fats, a comedic web series that follows two Hijabis striving to find themselves in New York by adopting the latest Western trends of self-expression and personal growth. Shugs & Fats was created by Nadia P. Manzoor and Radhika Vaz, who also star as the title characters.

Also presented by IFP for the fifth year at the ceremony was the euphoria Calvin Klein Spotlight on Women Filmmakers ‘Live the Dream’ grant, a $25,000 cash award for an alumna of IFP’s Independent Filmmaker & Screen Forward Labs. This grant aims to further the careers of emerging women directors by supporting the completion, distribution and audience engagement strategies of their first feature film or episodic series. The winner of the 2015 grant was Chanelle Aponte Pearson, director of 195 Lewis, a web series that follows a diverse group of young women as they navigate the realities of being black and queer in New York City.

As previously announced, in addition to the competitive awards presented, a Special Jury Award was presented by Emmy Rossum to eight actors from the cast of Spotlight for their ensemble work in the film, “in which every performance, in every role, of every size, is beautifully realized.” Career Tributes were also given during the ceremony to actors Helen Mirren (presented by Robert De Niro) and Robert Redford (presented by Dan Rather), director Todd Haynes (presented by Julianne Moore) and producer Steve Golin (presented by Alejandro G. Iñarritu).

The Premier Sponsors of the 25th annual Gotham Independent Film Awards were Maestro Dobel Tequila by Proximo and Line 39 Wines by O’Neill Vintners. The Independent Filmmaker Project (IFP) champions the future of storytelling by connecting artists with essential resources at all stages of development and distribution. The Gotham Independent Film Awards by IFP, selected by distinguished juries and presented in New York City, the home of independent film, are the first honors of the film awards season. This public showcase honors the filmmaking community, expands the audience for independent films, and supports the work that IFP does behind the scenes throughout the year to bring such films to fruition.

The Gotham Award ceremony was streamed live to a global audience at www.ifp.org.

Suzanna BowlingJuly 1, 2022
Read More
Scroll for more
Tap
Stephen Sorokoff – My View: Wow! Was She A Dog – Annaleigh Ashford – Sylvia
Incident at Vichy We Do Not Learn