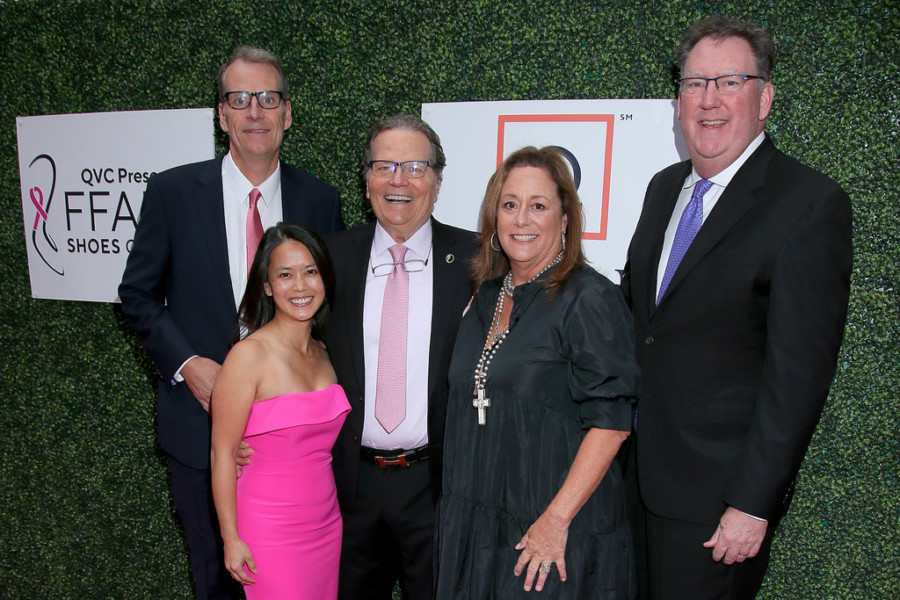 On October 10, the 26th Anniversary of QVC Presents “FFANY Shoes on Sale” Gala took place at Ziegfeld Ballroom. The night commenced with “pink” carpet arrivals, a cocktail reception and a pop-up Designer Shoe Salon, which for the first time was run as a Virtual Designer Shoe Salon powered by Zappos. Proceeds directly benefit the fight against breast cancer.

This initiative has raised over $57 million to date benefitting “first-step” research at some our country’s premier hospitals and foundations leading in breast cancer research.

A three-hour broadcast to benefit breast cancer research and education aired live from QVC studios and the Ziegfeld Ballroom on Thursday, October 10 from 6PM to 9PM (ET) and QVC’s digital platforms aired special interviews live from the Gala on QVC’s Facebook page. 110 styles were priced at least half off the manufacturer’s suggested retail price or comparable retail value*. In addition, customers can shop the “Shoe of the Day“ on QVC and qvc.com through December 31.