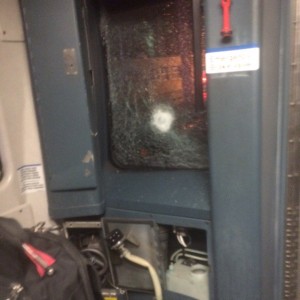 A Long Island Rail Road train derailed Saturday night after it hit a work train on the tracks in western Long Island. It has shut down the New York-area commuting line. A spokesman for New York Gov. Andrew Cuomo says 11 people have been taken to hospitals. He says none of the injuries are life-threatening. About 600 people were on the train when it crashed. LIRR spokesman Sal Arena says the first three cars of the 12-car train derailed. He says the work train caught fire after the crash. 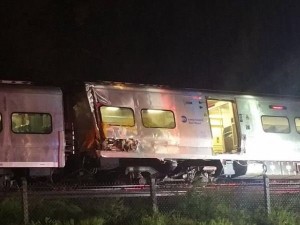 The derailment happened at around 9:15 p.m. ET near New Hyde Park between Jamaica and Hicksville.

Train service has been suspended in both directions.

Suzanna BowlingSeptember 30, 2017
Read More
Scroll for more
Tap
My View: Streisand And Nancy Wilson at Feinstein’s/54Below Last Night!
My View: Sunday Nights Are Getting Interesting – Joey Reynolds Is Back On The Radio