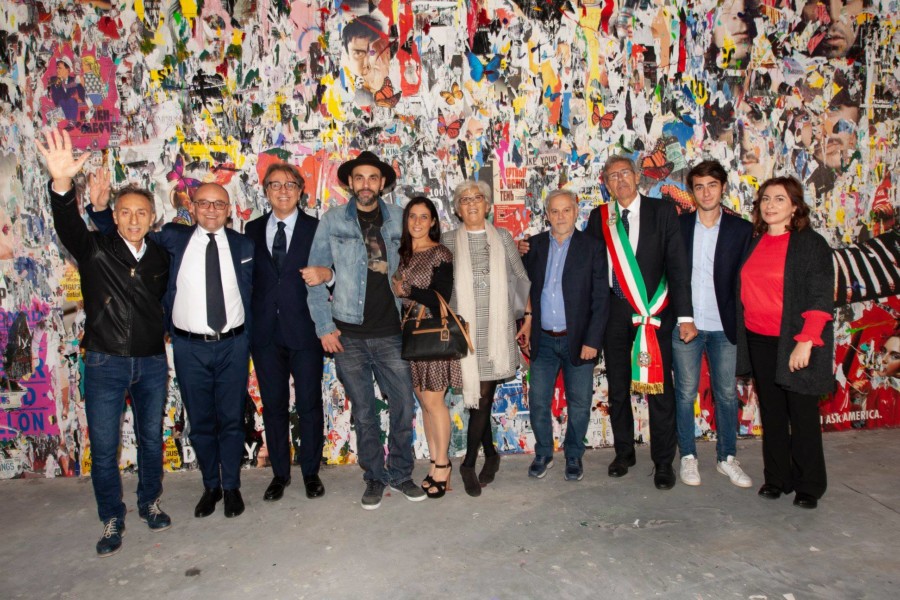 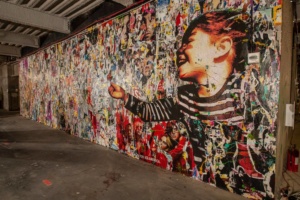 World-renowned Italian artist, Nello Petrucci, showcased the largest collage installation by any artist in history on the 45th Floor on Wednesday, October 24. Petrucci was hand-selected by the Silverstein Family to display the mural that animates advertising images, shreds of hidden souls of dormant expectations, dreams that look for wings to hover in the air and above all, extrapolate the hope that warms the present and builds the future. As stated by Silverstein, “A masterpiece in the sky!”

The Honorable Pietro Amitrano, Mayor of Pompeii, was in attendance at the special night with other guests including Dr. Edward Alvarez and several tastemakers of the city. 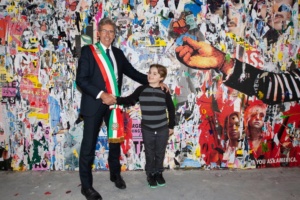 For Nello Petrucci, newspaper clippings, photographs and film posters are the starting point of a multi-layered world. His works bring collage and painting together in unique fashion. Building off of the strong compositions and graphics of what he calls “captured images,” Petrucci breaks those images down into their component parts and reassembles them. He places the conflict found in the original posters and clippings into a new, abstract context, creating dense networks of torn paper combined with bold drips and strokes of bright acrylics. The resulting pieces have an air of freedom and spontaneity while remaining meticulously composed.