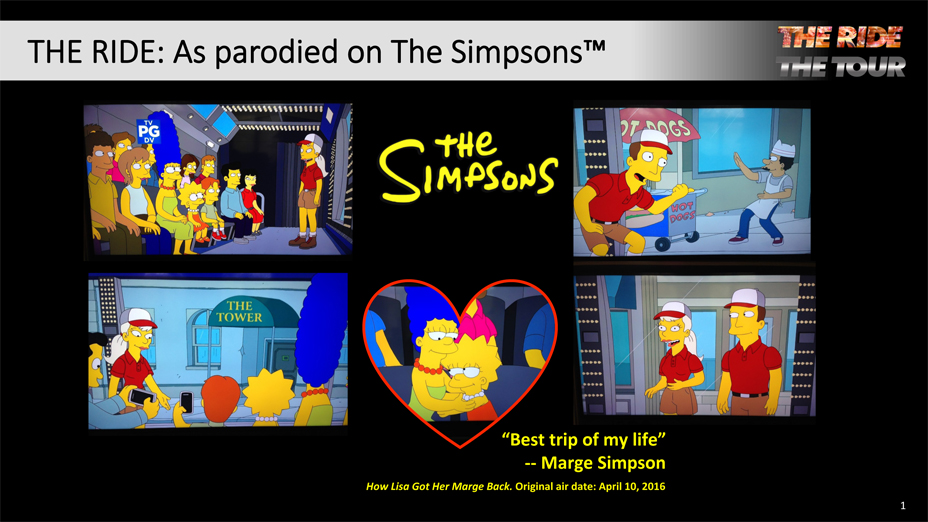 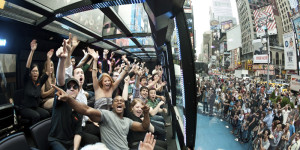 I will say THE RIDE has the cutest PR ever!

1.THE RIDE is New York’s ONLY moving theatre and a head turning one at that

2.The interactively dazzling show is the most exciting Experiential Event in the Times Square neighborhood.

3. The multi-million dollar busses are so perfectly air-conditioned that the audiences resist debarking at the end of the show.

6. From two to toothless, all Generations take THE RIDE.

9. Presidential Candidates will be taking THE RIDE.

10. Broadway critics RAVE about THE RIDE.

11. The Tour Industry’s Press RAVES about THE RIDE.

12. THE RIDE wins a new Award every three months.

13. The new Mayor of London has asked to see THE RIDE’S Marketing Materials and Projected Financials.

14. THE CAST is exceedingly charming and seductively talented.

16. The On-Board Hosts are also drop-dead-gorgeous.

17. The CEO/CCO once won a Pulitzer Prize.

19. The Today Show said that THE RIDE is the hottest way to see New York.

20. Josh Groban declared that THE RIDE lived up to all of his wildest expectations.

21. FORBES proclaimed that THE RIDE is a wildly successful experiential branding EVENT.

22. THE RIDE presents NEW YORK in such a vibrant, exciting and exhilarating, light – visitors have been known to extend their vacations.

23. The 40 Plasma Screens on Board are a show unto themselves.

24. The 3,000 LED Lights and Surround Sound are designed and operated by Rock Arena geniuses.

28. Hollywood Location Scouts are on board weekly.

30. The bus actually talks.  Scripted lines as well as impromptu banter with people on the sidewalk and the occasional taxi cab driver.

31. The hardest bitten New Yorker of all New Yorkers wrote that THE RIDE taught her things about her beloved city even she didn’t know. She called it FASCINATING FUN.

32. Summing Up: THE RIDE is a state-of-the-art, multi-million-dollar, critically-acclaimed, award-drenched, rolling Experiential Extravaganza dedicated to the rest of the WORLD.

34. Fact: Of the 9,381 RIDERS who have sung THE RIDE’S big-finish version of New York, New York, JOSH GROBAN sang it the best. Hands down.

35. FYI: Out-Of-Town guests (related and otherwise) have been known to take THE RIDE twice during their stay in NYC.

36. Scoop: The Cast is learning French.