4 Most Famous Treks Ranked By Difficulty 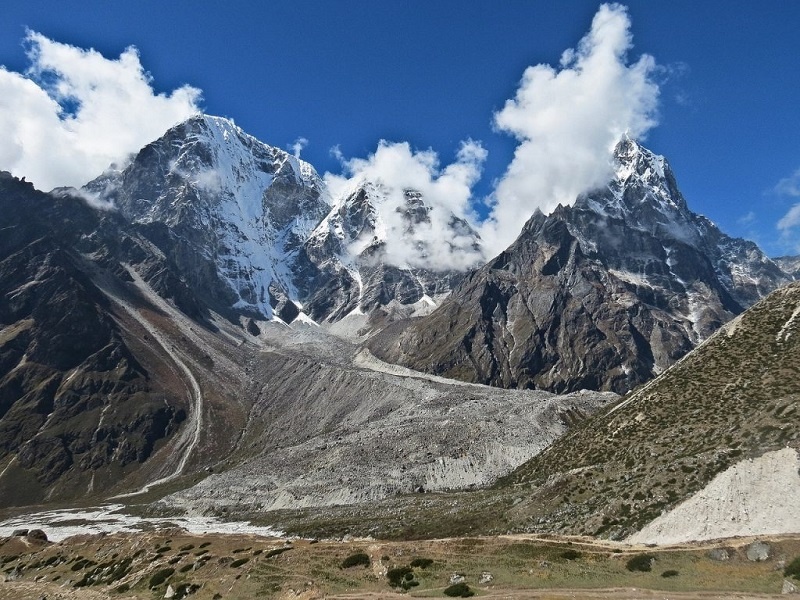 4 Most Famous Treks Ranked By Difficulty

Are you new to trekking and you don’t really know which trek will be the best to start from? Or maybe you are already an experienced trekker, and you are looking for some challenges? Here is a list of a few most popular treks in the world ranked by difficulty – you can choose which one will be the best for you and for your skills.

However, if you want to complete any of these treks, it’s better to do it with an organized group and with pre-planned itineraries (especially when it comes to the more challenging treks) like the ones from Kandoo Adventures. Trekking is unarguably an adventure that will last in your memory, but it needs to be done rationally.

Without further ado, let’s get into it!

The Narrows is unquestionably one of the most beautiful treks in the United States. Measuring over 26 kilometres ( 16 miles ), it leads through The Virgin River that is so shallow that people who are crossing the trail can just walk through it.

When to go? The best time to visit this place and thoroughly enjoy it, is during the winter months. The place is less crowded then, and the water levels are lower than in the summer. There is also no intense heat to blind you. However, if it has been raining or snowing recently in the area, it is better to reconsider going for a hike some other time.

Summer is also not a bad time for hiking this trail, however, you need to remember that it will be crowded and a lot of people in one place means higher temperature. A good thing about going there when it’s hot is that the water is cooling you down. Also, if you want to take “the pic”, it’s going to be difficult with so many people getting in the way.

Difficulty: The trail is not so challenging, so even kids can attempt to complete it ( but they have to be at least 4 feet tall ). If you are a more experienced hiker, completing this trail should take you around 12 to 14 hours.

This is the perfect opportunity to get close to the highest mountain in the world, without actually climbing it. The trek measures a distance of 130 kilometres, and even though it’s not that long (considering that average speed for a person is 5 km per hour), it takes some time to get used to the altitude. That’s why the average time for completing this trek is 12-14 days. If you go too fast, you can get altitude sickness as your body will not be used to it.

When to go? The best months to climb the Everest Base Camp Trek are from March to May, and from September to December. You can also do it in January/February, but then you need to remember that the temperature higher up might be very low (-20 to -30 C).

Difficulty: The trek is doable even for people who have no trekking experience. If you can manage walking up and down the hill for three to six hours per day, with a light pack on your back, you will be fine. Over the years, people of all sizes and ages have completed the trek – all you need is a little bit of determination and preparation.

Known also as the Ciudad Perdida, the trail measures 46 kilometres (28 miles). It is located in northern Colombia and leads through river valleys, hills and jungles. The jungle that the trail goes through serves as a home to many unique species of animals, birds and plants.

When to go? The best time to visit the Lost City Trek is during the dry season, lasting from December to March. Even though it is the tourist season, the trek is not overrun, so you will not feel as if you’re going to get squashed. Furthermore, you rarely pass a group consisting of more than 2 or 4 people.

It’s not a good idea to hike there during the wet season. Precipitation is at a high level, which will make the trail slippery and difficult to cross. The water level of the river that you need to go through might reach even to your knees or to your waist. The possibility of unexpected rainfall is also high.

Difficulty: This trek is more challenging than the previous ones – usually, it takes around 4 to 5 days to complete. You don’t have to be a professional, but general fitness is required. The climate is hot and humid, and the trail itself has several spots in which you have to cross the river.

The Snowman Trek is probably one of the most challenging treks in the world. Depending on what route you choose, covers a distance from 200 to over 300 kilometres following the spine of the Himalaya in between Bhutan and Tibet.

When to go? If you consider taking up this hike, you shouldn’t do it in between June and August, as heavy rain falls from the sky during the late afternoons and nights. The time between December and February is also not good because of the snow. So the best months to do it are from February to early June, and from September to late November. October is the busiest month, as the temperatures are high enough and the views are good.

Difficulty: The Snowman Trek is considered as the most difficult one in the world. It owes this title to the duration and distance that it requires and the altitude that is present. During the year, more people successfully climb Mount Everest than complete this trail – most back out because of the altitude sickness.

When it comes to trekking, the choices are endless – some treks might be closer, and some might require a little bit of travel to get to them. However, always remember not to overestimate your skills, as it might not end so well.