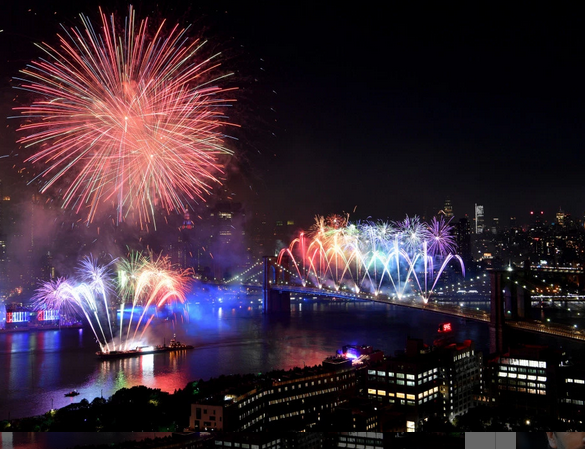 Macy’s delivered another grand holiday celebration this week. The country had its 243rd birthday and Macy’s commemorated the day with a fantastic display.

The famed department store along with NBC hosted a dazzling fireworks display in New York City. The breathtaking 25-minute show over the Brooklyn Bridge was broadcast from state to state. Flags and fireworks sparkled from coast to coast in red, white and blue.

The 43rd Annual Macy’s 4th of July Fireworks launched from the Brooklyn Bridge and four barges along the lower East River.

Guests at the show’s center on Pier 17 enjoyed epic performances and stunning views along with the country watching on television.

Derek Hough and Ciara kicked off the night with intros and moments on the stage to honor the biggest bash on Independence Day. Additional acts included Luke Bryan, Brad Paisley, and Maren Morris. Jennifer Hudson, pre-recorded a rendition of ‘Over the Rainbow’ that played as the night sky lit up.

The salute to the country captivated America in the biggest fashion. It was a night to remember forever.