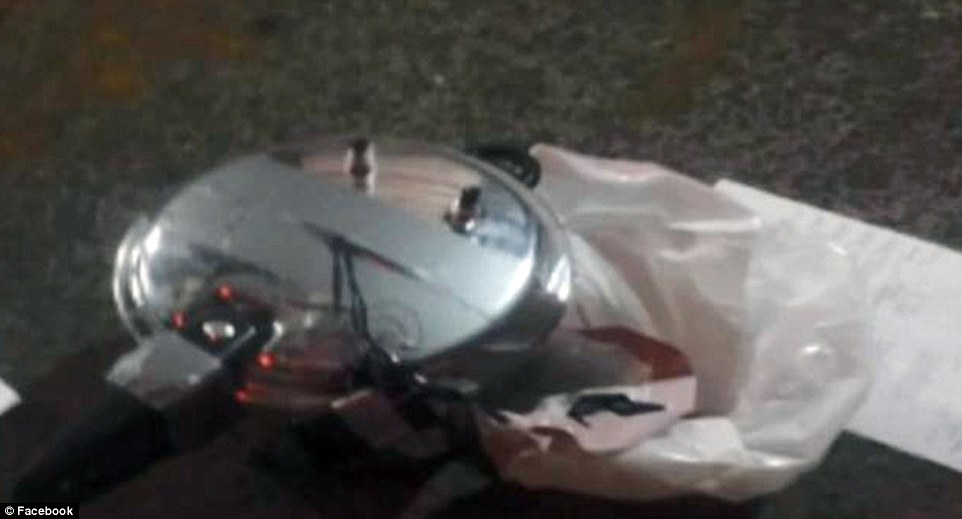 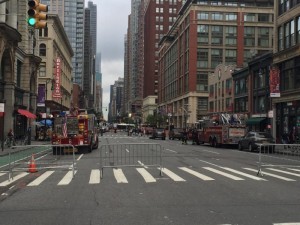 Officers at Elizabeth train station were startled by the huge bang that erupted without warning just before 1am on Monday morning when a robot cut a wire on one of five devices – causing it to explode. Two men discovered a package and alerted the police, who in turn called for the FBI and bomb squad.

On Sunday night five people were pulled over near New York City’s Verrazano Bridge and taken into custody in connection with Saturday’s Chelsea bombing. The occupants were heavily armed and were all from New Jersey.

The three pipe bombs found in New Jersey and two IEDs that terrorized New York City on Saturday all have one thing in common – an old-school flip phone used as a timer. 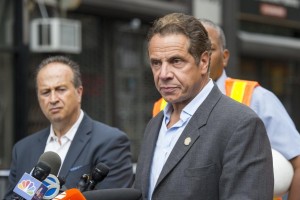 Governor Cuomo disputed Mayor Bill de Blasio’s characterization of the event. This act is an “obvious act of terrorism. That’s how we’ll consider it. And that’s how we will prosecute it”‘ he said.

Governor Cuomo has deployed an additional 1,000 New York state police and National Guard troops to Manhattan  and another bomb-like device was found unexploded nearby. The additional police and reserve troops will be deployed to area airports, bus terminals and train stations, an additional show of force to supplement a heightened New York Police Department presence around the city ahead of the UN General Assembly in Manhattan this week.

Cuomo said both the original and secondary devices were “similar in design” but wants to wait for the outcome of the FBI’s investigation to determine whether they are related. Cuomo also said that for now, there appears to be no evidence linking the explosion earlier in the day at the Jersey Shore in New Jersey and the later incident in Chelsea. “The devices were different,” Cuomo said. “They were pipe bombs in New Jersey, different bombs were used here.”

All 29, who were hospitalized, have since been released.

Right now there is a sweep of Times Square happening near the W Hotel.

Stephen SorokoffSeptember 23, 2022
Read More
Scroll for more
Tap
MY VIEW: Marvelous Marilyn Maye Has Gone From 22 – 60
MY VIEW: Get A Shine On Your Shoes And A Melody In Your Heart – Caruso & Stritch Start Your Day (Night) At Bemelmans