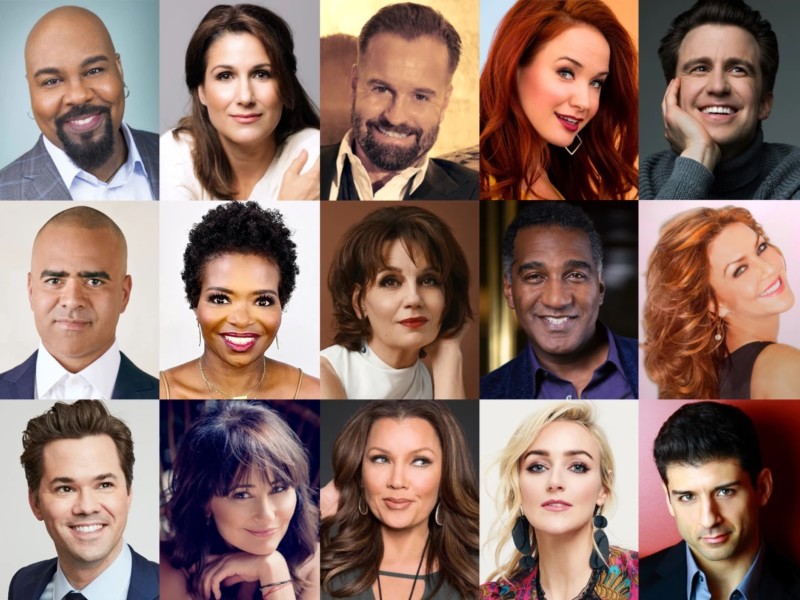 Annie, Pippin and Les Miserables debuted at the Kennedy Center. Andrea McArdle, the original Annie, and Frances Ruffelle, the original Eponine each brought a mature wisdom to their iconic songs. Vanessa Williams wowed with “Hit Me with a Hot Note”  from Sophisticated Ladies. Betsey Wolfe delivered an emotionally layered “Maybe This Time” from Cabaret. Norm Lewis’s glorious voice soared as he recreated “The Music of the Night” from Andrew Lloyd Webber’s Phantom of the Opera and “Stars” from Les Miserables. His pairing with LaChanze on “Wheels of a Dream” from Ragtime was enchanting. Gavin Creel knocked it out of the park with smooth styling on  “Corner of the Sky” from Pippin’ and “Luck Be a Lady” from Guys and Dolls. On of my favorite performances was was Stephanie J Block on “Don’t Rain on My Parade,” from Funny Girl showing Benie how the song should be done. She also revisited the role of  Elphaba, which she originated at the Kennedy Center, soaring on “Defying Gravity.” Andrew Rannells, recreated his role of Elder Price in The Book of Mormon with “I Believe” and then showed up with Wolfe for “Suddenly, Seymour” from Little Shop of Horrors. Could these two play the roles Off Broadway? A five-song tribute to the late Stephen Sondheim made the evening magical. Williams and Sierra Boggess mashed up  “Losing My Mind” from Follies and “Not a Day Goes By” from  Merrily We Roll Along. Rannells and Block longing and passion to “Move On” from Sunday in the Park with George.