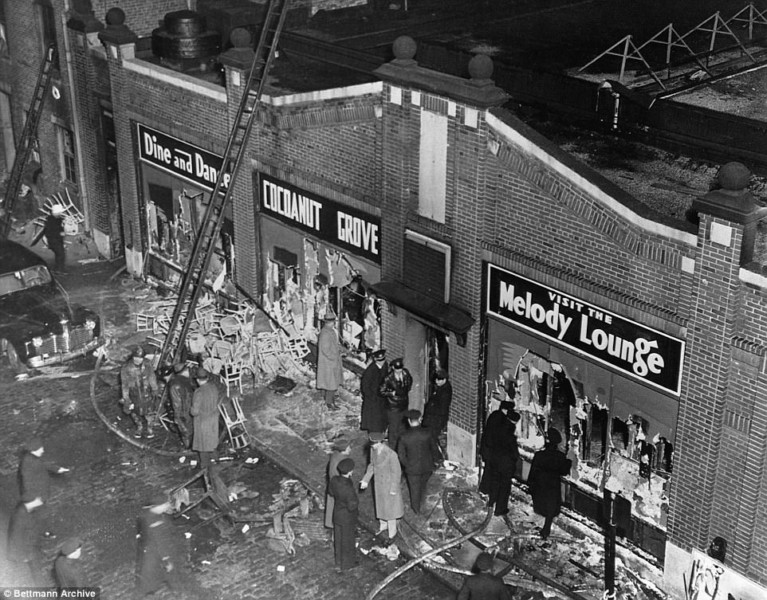 76 Years Ago A Fire Killed 492 People Inferno: Fire at the Cocoanut Grove 1942 Brings Up History That Needs To Be Exposed

76 Years Ago A Fire Killed 492 People Inferno: Fire at the Cocoanut Grove 1942 Brings Up History That Needs To Be Exposed

“The catastrophe implicates far too many of the city’s political and business leaders.” 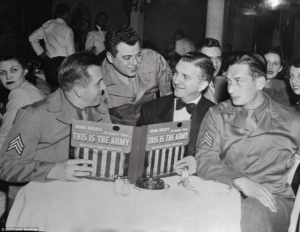 This photo was taken the night of the fire.

The Cocoanut Grove Fire on November 28, 1942, was the scene of the deadliest nightclub fire in history, killing 492 people, 32 more than the building’s authorized capacity and injuring hundreds more. Altogether the club was zoned for 460 there were at least 1,000 people there that night. For approximately every four patrons at the Cocoanut Grove at the time of the fire, two would die, one would be injured, and one would walk away. The fire led to a reform of safety standards and codes across the US, and to major changes in the treatment and rehabilitation of burn victims internationally. With 1,000 patrons, the club was 25 percent beyond capacity. Lieutenant Frank Linney (James Hansen Prince), an inspector for the fire department had inspected the Cocoanut Grove just eight days before the fire and yet, not only were decorations not fireproof, they were highly inflammable. The electrician who wired the Cocoanut Grove had no license, and he testified that the owner, Barney Welansky (Matt Gunther), had told him not to worry, that he was “in with the mayor.”Busboys were under legal age. Taxes had been cut mysteriously from $18,000 to $9,000. Not only did a revolving door become jammed, but other exits were locked, trapping scores of screaming victims. A plate-glass window that would have provided egress for 200 people was boarded up. 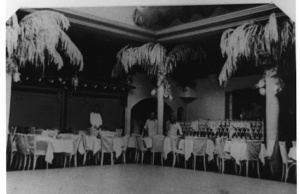 The only person who came forward and told the truth regardless of the implications, was 16-year-old Stanley Tomaszewski (Steven Prince, looking very much like Robert Pattinson). Until his death Mr. Tomaszewski suffered the repercussions for lighting a match thanks to the Boston Herald, even though it has been proven the it was an electrical shortage. 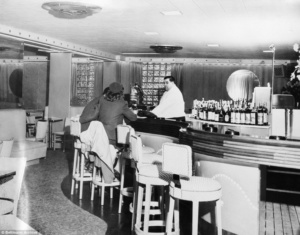 Within two years, more than 400 suits were filed, but when assets were divided, survivors and families of the dead received checks for about $150, which is about $2,385.72 today. 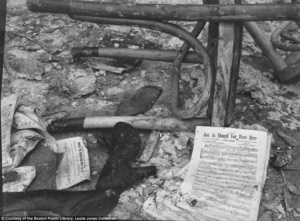 In James Hansen Prince’s new play Inferno: Fire at the Cocoanut Grove 1942 now playing at Theatre 80, we learn this and more. The show is being brought to New York from the Core Theatre out of Richardson, Texas. This non union company is full of wonderful actors taking on over 20 roles, capturing perfect accents and the feel of the era. The writing allows us to meet both the victims and the survivors on a personal level. There is a couple (Penny Gunther and James Hansen Prince) who was late and because of that they were not sat at their regular table, where they would have died. Marshal Cole (also Prince) a young tap-dancer who escaped with his life. Keene football cheerleader Ann Clark (Zoe Settle) who is out with her boyfriend and both their parents. Louise Bouvier (Robin Clayton), who wants more out of life. There is the piano player/singer Goody Goodell (Katie Lummus) whose friendship with patron Edward Yuranis (Jake Bowman) lasted a lifetime. A chorus girl (Stephanie Oustalet), the coat check girl (Hannah Matusow), the reporter (Kara Rainer) and Louise (Robin Clayton who has the perfect Bernadette Peters voice).

Writer/director James Hansen Prince play builds slowly as we get to know those who were there that fateful night. Their stories are compelling, but at times it is too much. A little trimming especially of the musical numbers would have tightened the show. Despite that there is humor and when you hear the lack of concern over human life it is shocking. The most horrifying detail from this play, is when Barney meets with Mayor Maurice J. Tobin (Gabriel Ethridge), who makes it clear that he needs to take all the blame and leave him out of it. Tobin despite his involvement went on to be the Governor of Massachusetts, and United States Secretary of Labor.