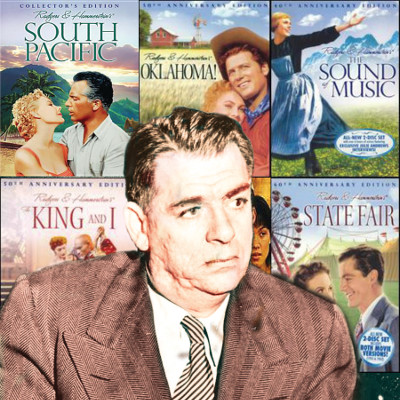 (Oxford University Press – May 2022), edited by Mark Eden Horowitz, the award-winning author of Sondheim on Music, is a rich collection that features hundreds of previously unpublished letters that show off all facets of Hammerstein’s many engagements and his personality. Hammerstein’s correspondence with major Broadway figures like Richard Rodgers, Stephen Sondheim, Jerome Kern, and Josh Logan tells the history of twentieth-century American show business while his exchanges with politicians and activists shed light on social issues of the period. What unites these letters across their vast range of themes is Hammerstein’s compelling voice that reveals a man who was sharp, opinionated, and funny but also cared deeply about addressing the social ills that his musicals explored beyond the stage. The first collection of its kind, these letters from and to American musical theater’s greatest innovator provide an entertaining look behind the scenes of Broadway.

Advance Praise For The Letters of Oscar Hammerstein II

“What a generous man Oscar was. To write so many letters that actually went into detail about the art and the craft (and life itself) was a time-consuming job. Reading them makes me feel proud and privileged to have known him…”

“This treasure trove of writings and letters from Oscar Hammerstein is an incredible deep dive into the heart and conscience of one of musical theater’s most daring and original lyricists and librettists. Between this and Sondheim on Music, Mark Eden Horowitz’ contribution to our art form is incalculable. What a gift.”

–Lin-Manuel Miranda, award-winning songwriter, actor, director. Creator of IN THE HEIGHTS and HAMILTON

Mark Eden Horowitz is Senior Music Specialist in the music division of the Library of Congress where he has been an archivist or co-archivist for the papers of Jerome Kern, Oscar Hammerstein II, Richard Rodgers, Vernon Duke, Cole Porter, Frederick Loewe, Alan Jay Lerner, Leonard Bernstein and others. He is the author of the award-winning Sondheim on Music and served as the contributing editor for The Sondheim Review for ten years. He has taught the history of musical theatre at Georgetown and Catholic University.