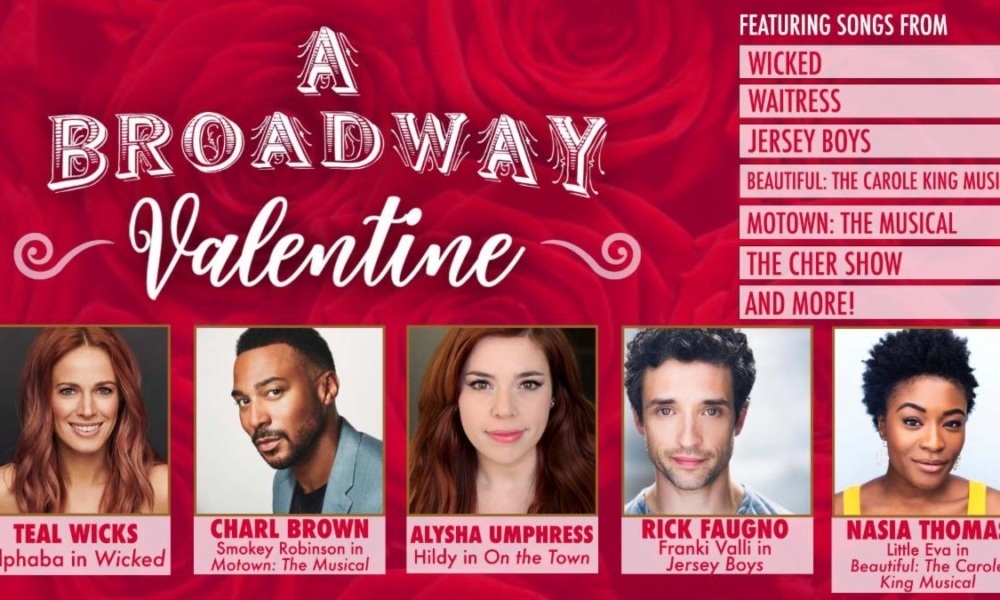 Curated exclusively for Suffolk Theater and fit for its cabaret-style seating, this event’s unique offerings include: • Patrons may call ahead to have their favorite wine or champagne, even flowers or special gifts, waiting for them at their table when they arrive.• The bar will be offering specialty cocktails created exclusively for this event.• Guests will receive 10% off their meal and/or 20% off a hotel room at Preston House.

These Broadway stars will recreate their most memorable musical career highlights and display their versatility with selections from popular shows such as Wicked, Waitress, Funny Girl, The Cher Show, Motown: The Musical, Memphis, Sister Act, Ragtime, Fosse, and more. Musical Director/Accompanist will be Rachel Dean (Hamilton; Moulin Rouge!).

Featuring:Teal Wicks burst onto the musical theater scene in 2008 when she snagged the role of Elphaba in the Los Angeles company of Wicked, a role she reprised to critical acclaim in the San Francisco company before making the leap to Broadway in 2011. She most recently starred as Cher (“Lady”) in the Broadway production of The Cher Show. She originated the role of Mary Barrie opposite Matthew Morrison in Finding Neverland and re-created the role of Emma Carew in the revival of Jekyll and Hyde.

Alysha Umphress most recently starred as Hildy in the Broadway revival of On the Town. Other Broadway: American Idiot (OBC); On a Clear Day You Can See Forever; Priscilla Queen of the Desert; Bring It On!. Off-Broadway: Make Me a Song: The Music of William Finn. Regional: Dallas Theatre Center: Hood (Meg), Paper Mill Playhouse: Pump Boys and Dinettes(Rhetta Cupp), Signature Theatre: Beaches(Cee Cee Bloom) * Helen Hayes nomination-Best Leading Actress in a Musical.

Rick Faugno was most recently seen on Broadway in Kiss Me, Kate, his 7th Broadway Show for which he was nominated for a Chita Rivera Award. He is also the recipient of a Fred Astaire Award.