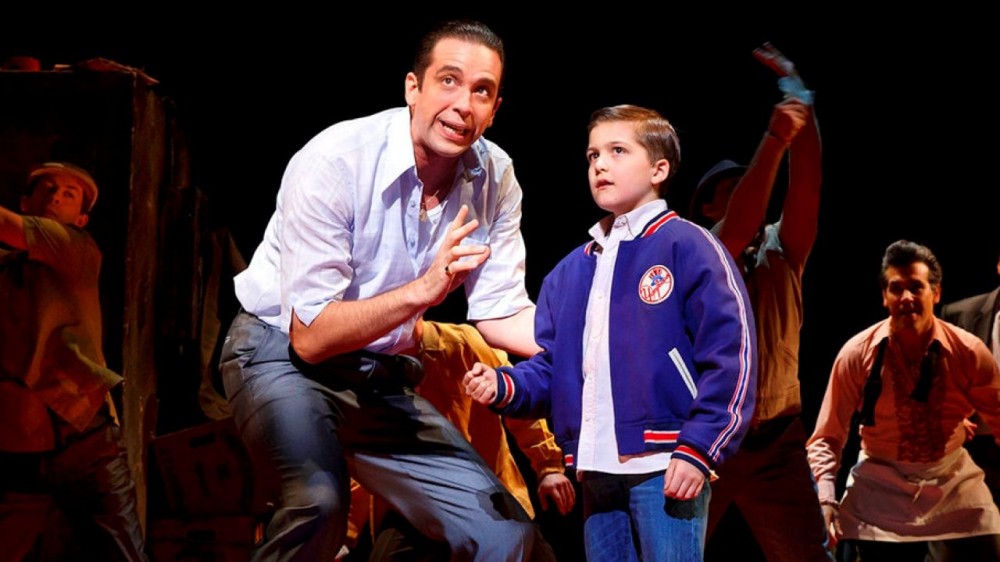 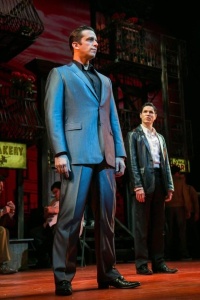 From an outstanding score by Alan Menken, touching and cohesive book by Chazz Palminteri, the effervescent choreography by Sergio Trujillo and an award winning cast, A Bronx Tale has it all.

A Bronx Tale is an old fashion musical, done the way musicals use to be with heart, soul and just a little bit of schmaltz. It is exactly what the doctor ordered in these trying times. You will get your money’s worth in entertainment and will leave feeling good about the world.

It is the 60’s on Belmont Ave where the shows narrator, Calogero (Bobby Conte Thornton), tells his tale as he begins his 9-year-old (Hudson Loverro) self is on the stoop witnessing a shooting, committed by the gangster in residence Sonny (Nick Cordero, Mr. Palminteri in the movie). The cops find out v witnessed the crime and ask him to finger the killer and Calogero, refuses to be a  rat and lies. This establishes a friendship between the two which upsets his father Lorenzo (Richard H. Blake, Mr. De Niro in the movie). When  Sonny takes Calogero under his wing, calling him  C he earns more money than his father. When his father realizes this his father forbids the friendship, but C ignores him. As C (Thornton) grows up his bonding to Sonny is well established and his father fights to keep his son soul intact. 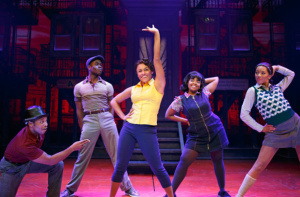 When C falls for Jane (Ariana DeBose), a black girl in his high school all hell brakes lose because his friends, his father and his neighborhood is anti black, however Sonny encourages him. In the ends Sonny saves Calogero’s life by wanting more for him. As Calogero loses, he also gains his soul and a story that lives on.

This cast is full of standouts starting with Mr. Loverro almost steals the show with “I Like It.” This young actor brings a spunkiness mixed with a great Bronx accent to the young Calogero. Mr. Blake as the father brings a love so moving that we feel his pain over his son choosing for a time, the wrong side of life. As Calogero mother Rosina, Lucia Giannetta is moving in her song “Look To Your Heart.” As the girl Colegro loves Ms. DeBose has facial expressions that are so adorable we see his attraction and this girl has some moves too. As the Calogero, who tells us his story, Mr. Conte Thornton is natural actor who sing up a storm with winning vocals. We follow his journey and root for him to win. But it is Mr. Cordero as Sonny who shows us the heart underneath the ruthless cool mobster who has a soft spot for the boy who saved his life. I expect some Tony nods for a least two if not three or four here.

The score by Alan Menken and lyrics by Glenn Slater, takes you back to the doo-wop era and sounds of Little Shop of Horrors, with R&B, blues, jazz, a hint of rock ’n’ roll and traditional musical-theater ballads. The song “One of The Great Ones,” is sure to be a stand out hit, outside of the show. Tony nod, you bet.

Adapted from Chazz Palminteri solo play most know the source material from the movie which, stared Mr. Palminteri and Robert De Niro, directed by Mr. De Niro. Here De Niro co-directs with the veteran Jerry Zaks. What happens on this stage is realistic dialogue and a story that plays like a Bronx fairytale and who doesn’t love a happy ending. Never having seen the film, I had no expectations. Tony nods, un-huh. 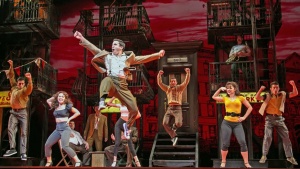 Sergio Trujillo’s dancing is explosive especially in the “Webster Ave” number and I see a Tony nod here.

I can see A Bronx Tale running for a very long time and for all those Jersey Boys fans out there, this one is for you. Finally a show men will love and so will the women who drag them to it!Just ask the standing ovation the audience gives them from every level.