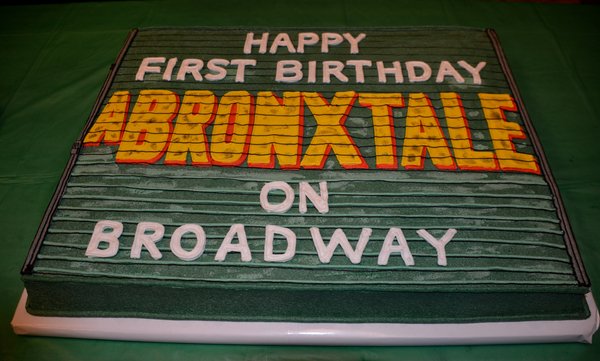 A Bronx Tale Celebrates Their One Year Anniversary

A Bronx Tale Celebrates Their One Year Anniversary 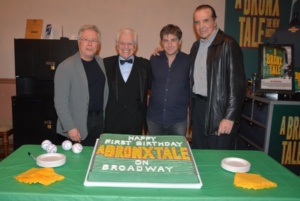 They said it wouldn’t last and yet a party on Belmont Avenue yesterday afternoon as the company and creatives of A Bronx Tale the Musical celebrated the show’s one year anniversary. 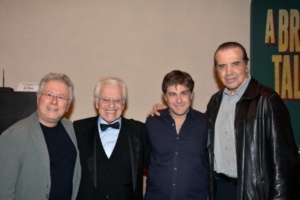 Calogero’s coming of age story on Belmont Avenue takes audiences to the stoops of the Bronx in the 1960s-where a young man is caught between the father he loves and the mob boss he’d love to be. Featuring an original doo-wop score, this is a tale about respect, loyalty, love and above all else: family. 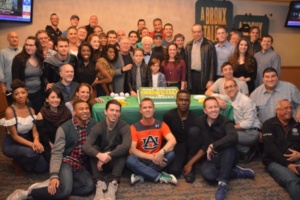 The cast and creative of A Bronx Tale 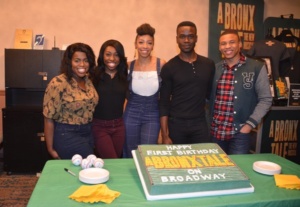 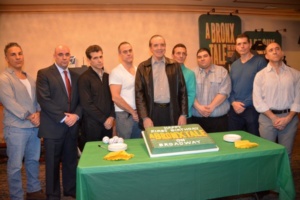 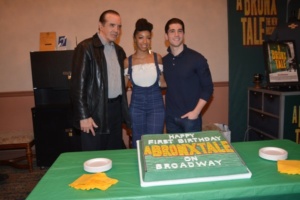 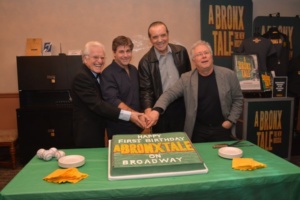