A Celebration with Tom Jones at the York 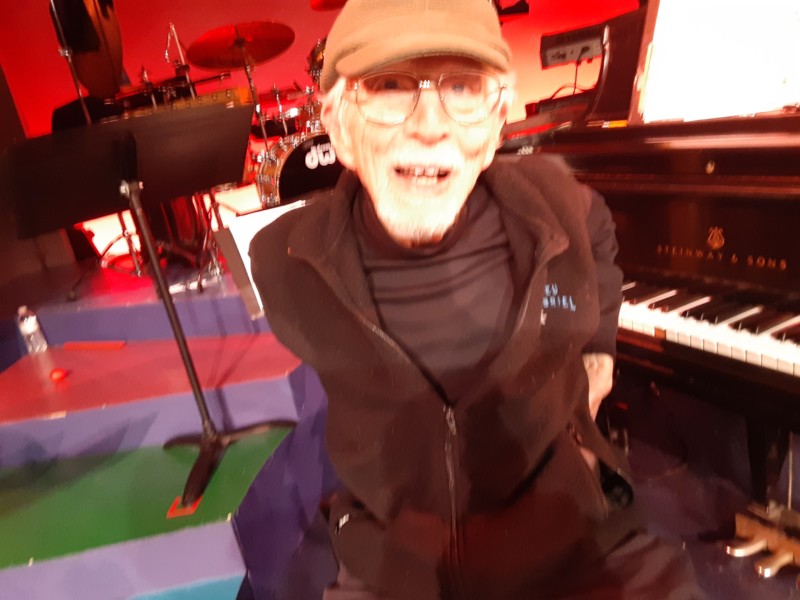 A Celebration with Tom Jones at the York

For one day only, the York Theater continued its important mission of reviving and reimagining the best of our musical theater past with a special concert presentation of Celebration, the 1969 musical by the legendary team of Tom Jones and Harvey Schmidt. Jones and Schmidt have given us three of our great classic musicals:  110 in the Shade, I Do, I Do, and of course, the record setting show, The Fantasticks. They also have written a few short-lived musicals you probably don’t know, but should.  Celebration is one of them.

Up to the sixties, musicals were expected to be proscenium presentations, with a representational, or supposedly realistic style. Shakespeare, Brecht and Wilder had all challenged those notions of realism in their straight plays.  So lyricist and librettist Tom Jones wanted to create a different kind of musical theater, which also would make no bones about what it really was.

As a theater student in Texas, Jones was influenced in particular by Thornton Wilder’s Our Town. The narrator in that play addressed the audience directly. The play never pretended to be other than a theatrical presentation. It created its physical world mostly in the imaginations of its audience. Jones, that was more “real” than painted scenery could ever be.

Their first musical, The Fantasticks in 1960, broke new musical theater ground by stripping away traditional theatrical conventions. The narrator, El Gallo, addressed the audience directly, stepping in and out of scenes at will. They created their world through suggestion, out of a cardboard moon and a trunk full of theatrical props. The show captured the imaginations of audiences with its metaphorical, symbolic depiction of youth vs. maturity, and blissful innocence which gives way to rueful experience.  Plus, it had a killer score.

The team tried to capture lightning in a bottle again with Celebration. As in The Fantasticks, we are guided through this overtly theatrical fable by an actor/narrator, Potemkin.  At the top of the show, he leads a chorus of revelers, who evoke ancient rituals. He tells us the story of an idealistic young man, and a young woman who is not quite so innocent. She is too easily led astry by dreams of stardom, and the offer of riches from an older man, appropriately named Mr. Rich.

Celebration garnered critical accolades for its theatrical inventiveness and lovely score. But it never achieved commercial success. For fifty years, Mr. Jones has wanted to revisit the play, to solve the second act structural problems which he believes plagued the original production. The York, under the artistic leadership of James Morgan, has given Mr. Jones that opportunity.

The reading presented on Monday afternoon to an appreciative audience was not intended to be reviewed. But it did give me the opportunity to sit down for a few minutes with Mr. Jones afterwards, to ask him about his theatrical journey. I hope readers will take the time to watch the video interview which accompanies this article. For those lucky enough to have seen it, this reading also provided two wonderful Broadway veterans, Nick Wyman and Fred Applegate, the opportunity to recreate the roles of Potemkin and Mr. Rich, respectively, which they last played together 47 years ago.

In a year where we have lost two of our greatest musical theater artists of that generation, Hal Prince and Jerry Herman, we are blessed to have Mr. Jones with us still at 91 years of age, and hard at work on three new shows. I look forward to see what other new musical theater trails he chooses to blaze.