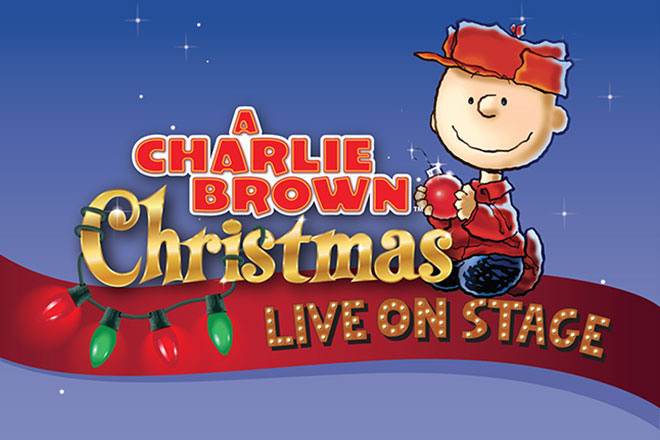 Celebrate the holiday season with the Peanuts gang in two holiday engagements. This week the show is at the Chappaqua Performing Arts Center (480 N Bedford Rd, Chappaqua, NY until December 19th. Staring on the 21st until Christmas Eve the show will have its New York City premiere at The Palladium Times Square (1515 Broadway, NYC).

A Charlie Brown Christmas: Live on Stage is based on the television special by Bill Melendez and Lee Mendelson, and adapted for the stage adaptation by Eric Schaeffer, by special arrangement with Arthur Whitelaw and Ruby Persson. Charles M. Schulz’s Emmy and Peabody award-winning story has been a longstanding tradition, warming the hearts of millions of fans since it first aired on television over 50 years ago. Now, the live stage adaptation of the classic animated television special brings all your favorite characters to life -all set to the original special’s dialogue as well as the unforgettable sounds of the classic Vince Guaraldi musical score. A Charlie Brown Christmas: Live on Stage celebrates the timeless television classic as the whole family can join Charlie Brown, Snoopy, Lucy, Linus and the rest of the Peanuts characters in their journey to uncover the true meaning of Christmas. After the final bow, the show crescendos into a celebration of song as the audience is invited to join the Peanuts gang in singing traditional Christmas songs and carols.

Live on Stage is produced by Gershwin Entertainment / Todd Gershwin.