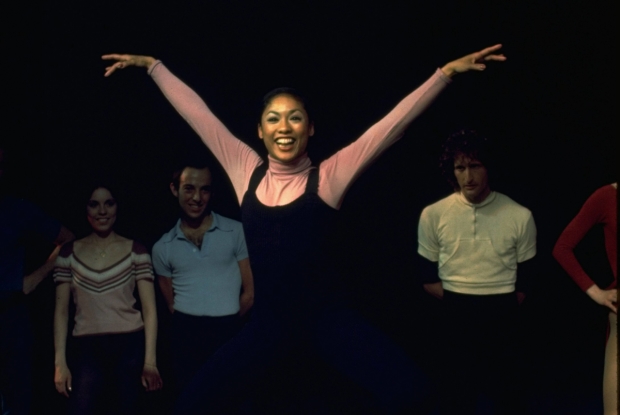 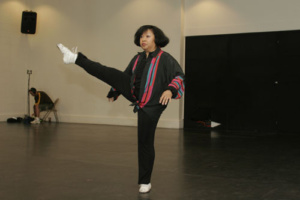 The Tony Awards® Administration Committee has announced today that director, actress and choreographer Baayork Lee is this year’s recipient of the Isabelle Stevenson Tony Award.

The Isabelle Stevenson Award is presented annually to a member of the theatre community who has made a substantial contribution of volunteered time and effort on behalf of one or more humanitarian, social service or charitable organizations. Ms. Lee will be presented the Award for her commitment to future generations of artists through her work with the National Asian Artists Project and theatre educations programs around the world.

“Baayork works tirelessly to break down cultural walls that often build up around what theatre goers consider ‘traditional’ musicals, and her dedication to fostering the next generation of performers and theatre professionals to do the same is exemplary. We are thrilled to honor her this year,” Charlotte St. Martin, President of The Broadway League, and Heather Hitchens, President of the American Theatre Wing, said.

Baayork Lee is the Founder of National Asian Artists Project (NAAP), which is a community of artists, educators, administrators, community leaders, and professionals who work to showcase the work of Asian-American theater artists through performance, educational programming and community outreach. Through NAAP, Lee orchestrates her vision of educating, cultivating, and stimulating audiences and artists of Asian descent. The organization has produced productions of musical theatre staples like Oklahoma!, Carousel, Hello Dolly!, Oliver! and Honor with all Asian-American casts. By turning a spot light onto the high-caliber talent of theatre artists of Asian descent, NAAP asserts, given the opportunity, the theater and its audiences will embrace diverse American voices who strive to claim both new and classic American works as their own.

Lee has made it a large part of her mission to educate aspiring artists in musical theatre. She created musical theater schools in Seoul, Korea; Tokyo, Japan; and the Theater Club at the Yung Wing Elementary School (PS124) in Chinatown, NY.

Lee is best known for creating the role of “Connie” in A Chorus Line, as well as serving as Michael Bennett’s assistant choreographer on the production, of which she has directed and choreographed many national and international companies, most recently in Klagenfurt, Austria; Santiago, Chile; the Hollywood Bowl; and Pace University in New York City.

She has been the recipient of numerous awards for her work, including the 2014 Paul Robeson Award from Actors Equity Association, the Asian Woman Warrior Award for Lifetime Achievement from Columbia College, Asian/Pacific American Heritage Association Achievement in Arts Award, and the Dynamic Achiever Award from OCA Westchester.

The American Theatre Wing’s 71st Annual Tony Awards, hosted by Tony and Academy Award-winning actor Kevin Spacey, will air live from Radio City Music Hall on the CBS Television Network on Sunday, June 11, 2017 (8:00-11:00 PM, ET/delayed PT). The Tony Awards, which honors theatre professionals for distinguished achievement on Broadway, has been broadcast on CBS since 1978. The Tony Awards are presented by The Broadway League and the American Theatre Wing.

The official eligibility cut-off date for the 71st Annual Tony Awards will be April 27, 2017, for all Broadway productions opening in the 2016-2017 season. Productions which meet all other eligibility requirements and open on or before the eligibility date are considered eligible for 2017 Tony Award nominations.

The Nominations for the 2017 Tony Awards will be announced live, by Tony Award winner Jane Krakowski and 2016 Tony Nominee Christopher Jackson, on May 2, 2017, from The New York Public Library for the Performing Arts at Lincoln Center.

For more information on the Tony Awards, visit TonyAwards.com and Facebook.com/TheTonyAwards and follow @TheTonyAwards on Instagram, Twitter and Snapchat. Join the conversation using the hashtags #TonyAwards2017 and #TheatreInspires.