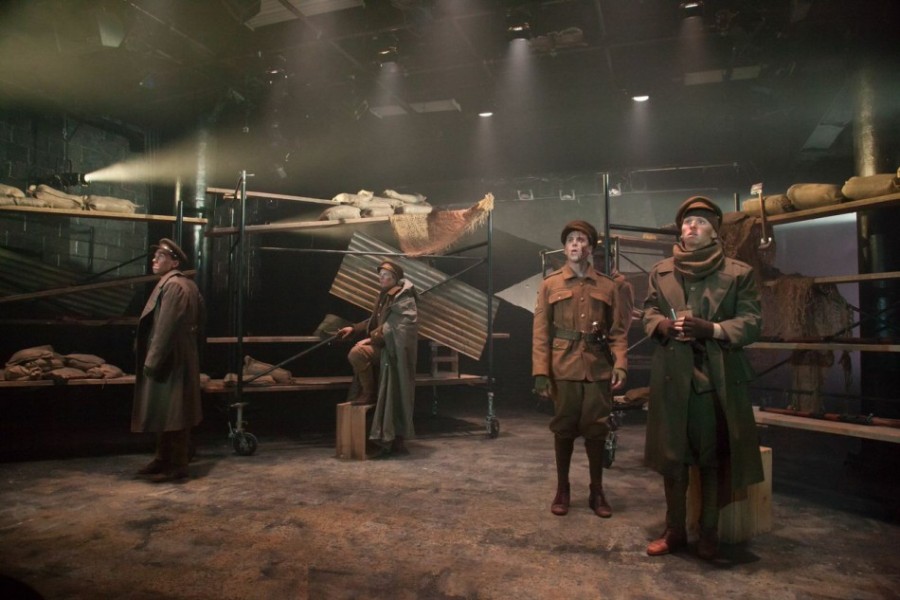 A Christmas Miracle In Fields Where They Lay

A Christmas Miracle In Fields Where They Lay 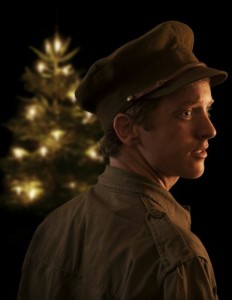 If you are ho hummed about Christmas and the real meaning and strength of this holiday, head on down the New Ohio Theatre and take in Ricardo Pérez Gonzalez’s In Fields Where They Lay. I did not know the true story of the Christmas Eve truce of 1914 that broke out between the British and the German troops. Mr. Pérez Gonzalez’s play not only immortalizes that moment but, shows us a period of history that still is plaguing us today. This play commemorates the 100th year anniversary of this remarkable Christmas Truce.

As each of these stories are played out, we learn of the tortures of daily life in the trenches as bombs go off and life is held in a precarious balance. Right before Christmas eve the fighting gets close to home and Private Anderson loses his life. On Christmas Eve Private Jones meets Jerrie (Nicholas Carter), a young German soldier. They exchange cigarettes while singing “Silent Night.”

Mr. Anthony, Mr. Milford, Mr. Carter, Mr.Gonzales and Mr. Mosieri all bring across distinct personalities and we feel as if we know them personally. Brad Raimondo, directs this emotionally honest play that will touch your heart and reminds you how human everyone in war is. You will also learn that how Brits treated people of color with disdain, how illiteracy was commonplace and how anger at its deepest level will stop all peace. Ricardo Pérez González’s beautifully crafted play captures this moment in time. If only we could embrace this moment, let go of our fears and see each other as equals as they did in that moment in 1914. In Fields Where They Lay is a gift of hope.

In Fields Where They Lay: The New Ohio Theatre, 154 Christopher St.until Dec. 27th.

In Fields Where They Lay was made possible in part by the Puffin Foundation and with public funds from the Fund for Creative Communities, supported by New York State Council on the Arts with the support of Governor Andrew Cuomo and the New York State Legislature and administered by Lower Manhattan Cultural Council, as well as public funds from the Manhattan Community Arts Fund, supported by the New York City Department of Cultural Affairs in partnership with the City Council and administered by Lower Manhattan Cultural Council.