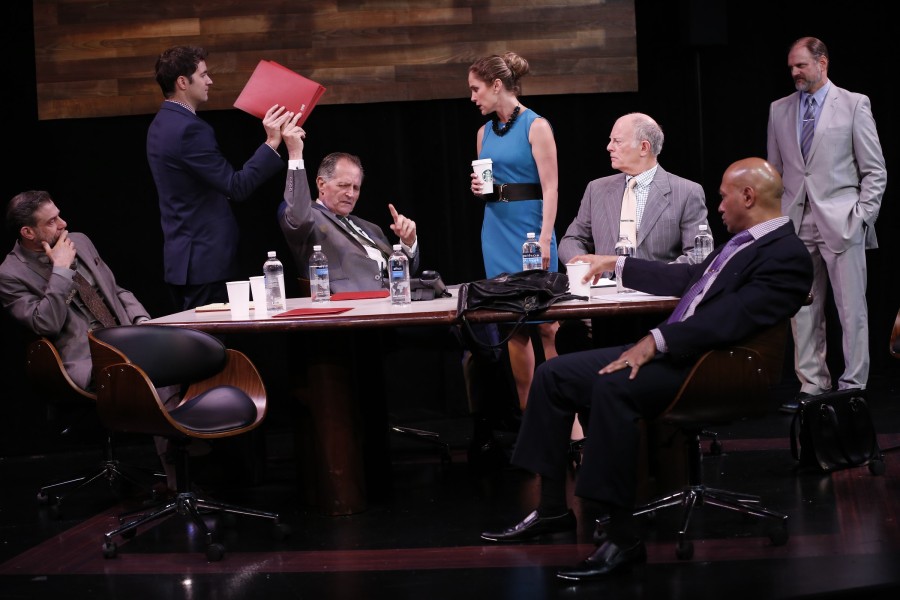 A Class Act When The Subject Speaks Volumes

A Class Act When The Subject Speaks Volumes 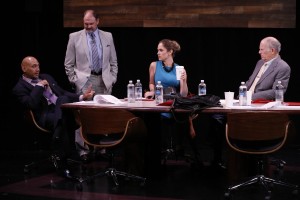 A Class Act, by New Jersey class action attorney turned playwright Norman Shabel, is a boardroom drama that feels like “Ellen Brockovich” without the suspense or Julia Roberts. A Class Act, opened tonight at New World Stages despite the heavy thunderstorms. This play takes a look at what happens when a chemical company dumps cancer-causing waste into the water supply and the way class action lawsuits are set forth. In a conference room two high-powered law firm associates (Stephen Bradbury and Matthew DeCapua), join up with a high power lawyer Edward Duchamp (Lou Liberatore) who’s already won a class action suit against the same company in California. Combining the trio have come to bring a class action lawsuit, on behalf of the thousands of people injured nation wide. As the female pit bull lawyer on the team (Jenny Strassburg) is asked to bring illegal blackmail against the opposing team, the lawyer for the company (Andrew Ramcharan Guilarte) objects. The high players of the chemical company (David Marantz and Nick Plakias) only care about the fiscal bottom line, not the millions of lives they have condemned to an agonizing death. 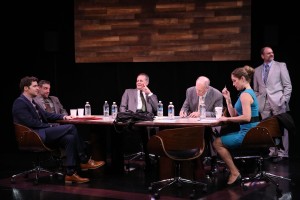 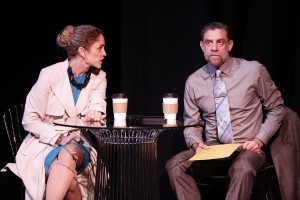 As peoples lives are put on the line, nobody really wins except the lawyers involved. This play makes that evident. The lawyers always make their cut of the action, as the class action participants get pennies that don’t even cover their medical expenses.

Though A Class Act has a lot to offer, it plays like a law brief with the language stilted and long winded, unless you are a lawyer. Even though the show is 100 minutes it seems longer. We care about the unseen victims, not the characters onstage and that is never a good thing. Only the last 15 minutes really cut deep into the soul of the piece, but by then it just seems manipulated. This is the kind of play that would make a better film. 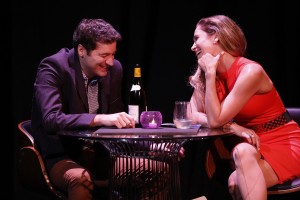 The cast is uneven with Matthew DeCapua and Andrew Ramcharan Guilarte coming off with the most sympathetic of characters.

Josh Iacovelli’s scenic designs are well done and Christopher Scott’s direction could use some fine tuning.

What A Class Act does is open the doorway for discussion. As a country we need to see these atrocities, get mad, wake up and speak out. We also need to find solutions, which is easier said than done.

Suzanna BowlingMay 12, 2022
Read More
Scroll for more
Tap
Between Riverside and Crazy – Drama Torn From The Headlines
Who Mourns For Bob the Goon?