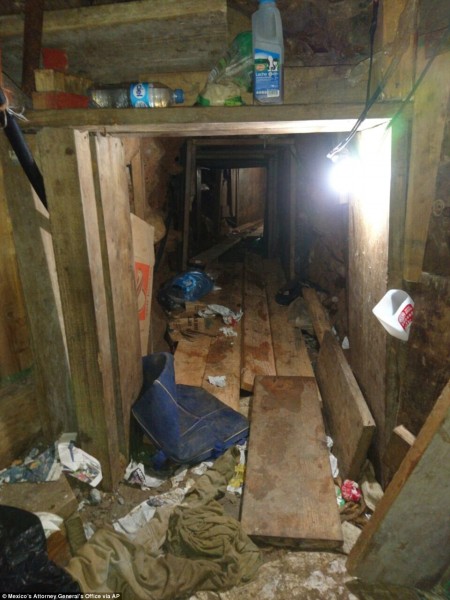 A Crack Down: Forget Immigration Its Drug Smuggling That is The Problem Here

A Crack Down: Forget Immigration Its Drug Smuggling That is The Problem Here 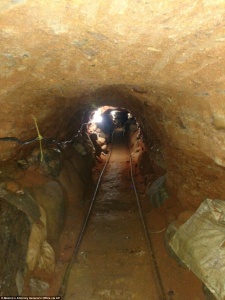 Mexican police discovered a 563-yard drug-smuggling tunnel 23 feet underground, leading from a building in the border city of Tijuana into the US. The tunnel, has its own ventilation and lighting, with rails that allowed push cartloads of drugs through the three-foot-wide, four-foot-high hole to San Diego on the other side. The tunnel’s entrance is located in La Hielera del Aeropuerto, a bottling and ice-making facility close to Tijuana’s AL Rodriguez International Airport, according to The San Diego Tribune. The tunnel, is was attached to a house containing huge amounts of drugs, was made on Thursday, and confirmed Monday by the Mexican Attorney General’s Office. 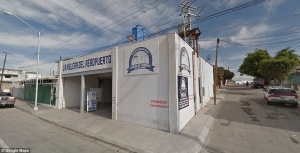 That building, located on Boulevard Cuauhtemoc around 330 yards from the US border, also contained 2.2 tons of marijuana in 371 packages, police said. They also found 4.2 pounds of methamphetamine hidden in a wheel of cheese at a package delivery facility in Mexico City. Another express delivery service, this one in the state of Jalisco, was found to have a package of 34 pounds of heroin. Depending on how much it was cut, the heroin, which was found by sniffer dogs, could have supplied between 150,000 and 1.5million one-gram doses.

In New York state alone, this year about one person dies a day of a heroin over dose. Staten Island and Brooklyn are where most of the deaths occur. It is a growing problem that needs to be addressed.

US Immigration and Customs Enforcement Homeland Security has confirmed the existence of the tunnel, but has not said where exactly the San Diego entrance was located.

Stephen SorokoffMay 17, 2022
Read More
Scroll for more
Tap
Immigration Do You Really Know What is Going On?
OBAMACARE The October Surprise