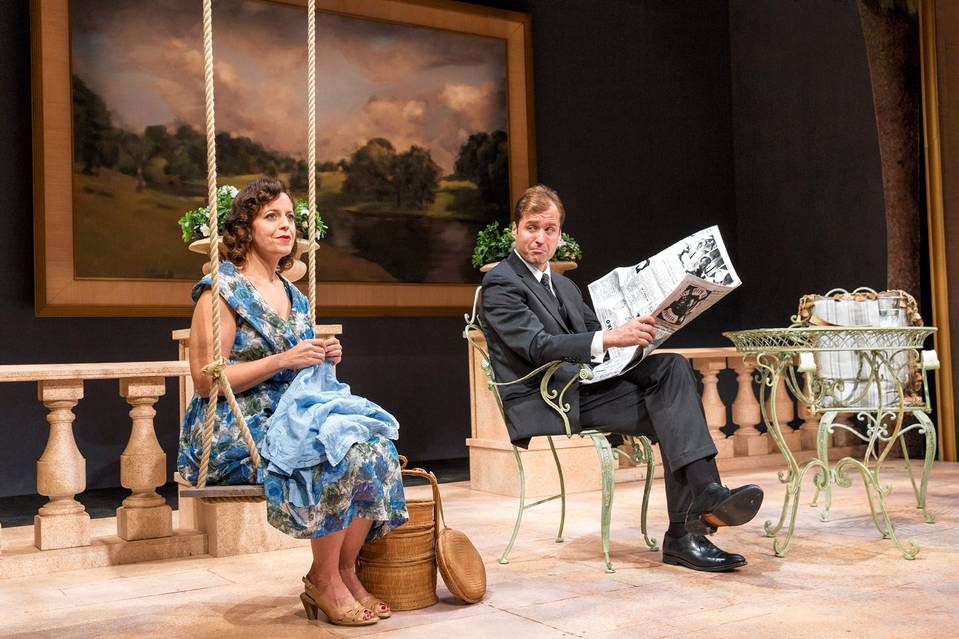 A Day by the Sea Just As Prolific Now

A Day by the Sea Just As Prolific Now 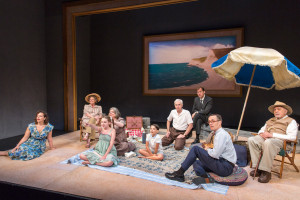 The revival of N.C. Hunter 1953, A Day by the Sea says so much. It is more relatable in some ways today, than when it was, when it was first written. The Mint Theatre Company’s production is well done, especially in the casting of Julian Elfer as a man conflicted with his choices in life. Director Austin Pendleton and set designer Charles Morgan, gives us the feeling, as if we are looking through a painting of life, of a time that forever plays on despite the time frame. The dialogue is so profound, that the wisdom in those words, echoes todays thoughts and quandaries. 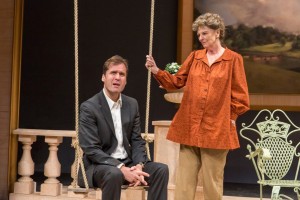 In Act One and Three, we are in the garden of a house in Dorset England near the sea. It is the home of  Julian Anson (Julian Elfer). Julian has given his life to the Foreign Office. He is a frustrated diplomat, opinionated and set in his ways. His mother (Jill Tanner) takes care of the estate for him, but his father (George Morfogen) is ill of health. An alcoholic doctor (Philip Goodwin), is suppose to watch over him and offers gems of wisdom. For the summer Frances (Katie Firth), a window, has come to live on the estate after the death of her parents has come to escape a past. She has come to lick her wounds and give her children a break. The children’s overweight and homely maid Ms. Mathieson (Polly McKee), seeks a husband no matter the price. All of the characters, but especially Julian and Frances have reached middle age and wonder if their life choices have been the best. They contemplate the roads not taken and wonder can they remedy the loneliness with sacrifices. In Act Two Julian, is forced to see what his life has become when at the sea his boss (Humphrey Caldwell) forces a change. 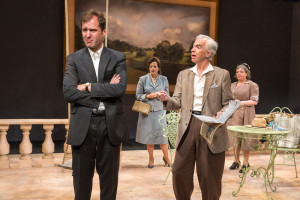 Mr. Elfer, is such a find. His face runs the gamut of emotions allowing us to see the changes reality can bring. This is such a true ensemble and they make this page of life come so alive. Kudos to Mr. Pendleton, for bringing out the best in his actors and allowing Mr. Hunter’s words to permeate.

This gem of a play, this fabulous theatre company will offer you a night of theatre that is sure to satisfy.

A Day by the Sea: The Mint Theatre Company at the Beckett Theatre, 410 West 42nd. Street, until Sept 24th.

Suzanna BowlingMay 17, 2022
Read More
Scroll for more
Tap
Bri-Ko: All Silent. All Funny. – All Amusing
Gene Wilder Passes On But Will Live On In Pure Imagination