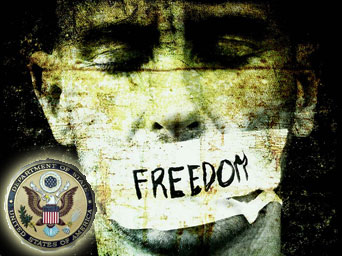 A Difference of Opinion Gets You Personally Attacked

A Difference of Opinion Gets You Personally Attacked

In reporting a story about Hamilton’s after theater speech, I enraged people who ask to friend me on facebook. Some were acquaintances who I have done shows with, some I do not even really know. Even though I have kept my politics quiet, it was assumed because of what I wrote that I was “right wing.” The fact is I am neither left nor right. I base my politics on the issues and they are personal.

I believe that everybody has the right to his or her opinion, but I believe there is a time and a place. Sadly with this election if you have an opinion and it does not match everyone else’s you are ostracized, called names, bullied until you back down and become silent or retreat. I have never been good at any of these.

I wrote the article because going to the theatre should be a place of non-bullying. What happened at Hamilton means that NOBODY is safe to see a show. Politics should be left out of the theater, unless it is what the show is about and by that I mean on stage.

Theater is normally a place where people of every nationality, every race and every anything go to learn, are entertained and experience. Why could Hamilton not have allowed the show to speak for itself? As it happened parts of the show were being catered to Governor Pence anyway.

Whether we like it or not, he is a Governor and the Vice President Elect.

In no other show has this been allowed? If theatre is not a place where people of every thought pattern can go, is there such a place?

The speech was obviously predetermined, if the Associated Press, NBC and other press outlets were there to film it. Add to the fact Lin Manuel Miranda helped to write it.

As a paper, we not only printed the whole speech, but also added one of the video’s to allow others to have their own opinions.

This paper is neither right wing nor am I, but I do believe that this was wrong, no matter who it was done to.

I am not just standing up for myself but for everyone who enters a theatre, I may lose friends, because I have gone against the popular stance and that is painful. If that is the case, were they my friends to begin with? I understand there is much pain here, but that does not mean more should be inflicted.

Bullying politely or viciously is still bullying and I will always stand up against it, be it myself or anyone else.