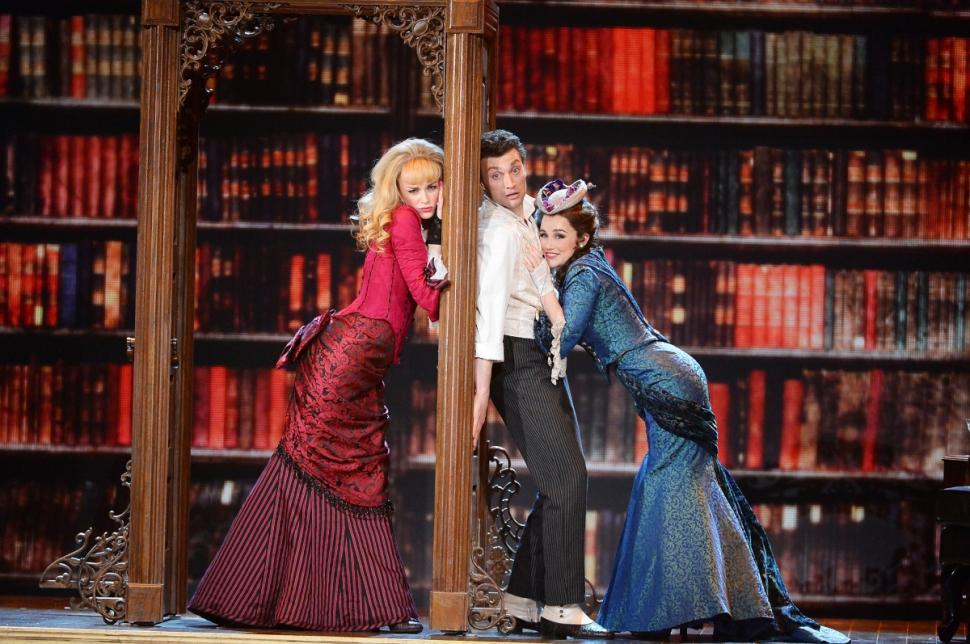 A Gentleman’s Guide to Love and Murder is Murderously Delightful

A Gentleman’s Guide to Love and Murder is Murderously Delightful 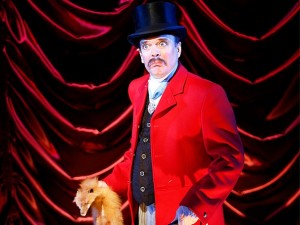 Missing The Mystery of Edwin Drood, Clue the Musical, Something’s Afoot, Curtains or Drowsy Chaperone – A Gentleman’s Guide to Love and Murder is all of these done really, really well. Based on the 1949 film, Kind Hearts and Coronets, this production does the movie proud. 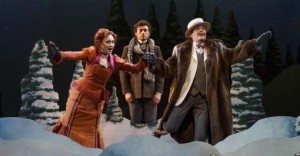 As you enter the theatre, Alexander Dodge’s Victorian-style set, sets the stage. Bryce Pinkham as Monty Navarro is the sweet baby-faced killer who convinces not one but two women to love him and lie for him and just like J. Pierpont Finch, murders his way up the tower of success. Richard Rodgers had it wrong; the theatre is not dying. It is having a rebirth at the Walter Kerr Theater. Part operetta sprinkled with arsenic and melodrama by Jefferson Mays (originally Alec Guinness in the film) who plays seven victims and a next-in-line murderer in a hilarious tour de force performance. Like Gorey Stories, one of the victims, D’Ysquith, plunges to his death, another is stung by bees and one even lost his head. 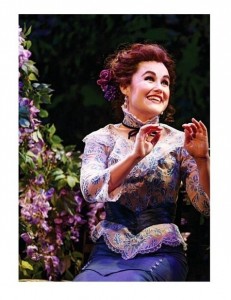 The story starts as you are warned that this will be gruesome. From jail, Monty (Pinkham) is writing his memoir, his guide to love and murder. As he does so we are led to how he got to this place. Flashing back to the beginning, his mother has just died and a friend of hers, Miss Shingle (the excellent Jane Carr) comes for tea and biscuits and reveals he is the 8th in line to become the Count of D’Ysquith. Raised in poverty due to his mother running off with a Castilian, both he and his mother were banished and disinherited. In love with the money hungry society ambitious temptress, Sibella Hallward (if Glynis Johns could sing Lisa O’Hare), he knows he will lose her unless he acts on his new found knowledge. To win back his love he plots to shorten the trip up the social ladder. One by one Monty’s relatives, all played by Mayes, fall to their demise, as Monty becomes torn between two lovers. Where Sibella is the vixen, Phoebe D’Ysquith (the Barbara Cook like soprano, Lauren Worsham) is virtuous.

There are a lot of debuts here and maybe that is why it works so well – an infusion of fresh blood, life and vitality. Here is the list of the debuts: Director, Darko Tresnjak who brings to mind an English Music Hall evoking such classics as Around the World in 80 Days or It’s a Mad Mad Mad World – silly yet endearing vignettes with musical interludes. Ms. O’Hare gives Sibella with longing like a hothouse flower ready to devour. Lauren Worsham brings a sweetness with a bite. The two are vocally superb with acting chops that never border on trite but bring new nuances to what could have been overdone. Robert Freedman’s book and lyrics are clever, intelligent and move everything along seamlessly. Stephen Lutvak’s music is serviceable and you will not be humming this score. Peggy Hickly’s choreography is inventive and Linda Cho’s costumes are to die for. Welcome to the theatre.

Bryce Pinkham makes his mark as the adorable cad. His winning charismatic performance keeps the show on a steady roll.

Jefferson Mays is sure to win the Tony for this performance. He distinctively captures eight different personalities of both genders. His mirth becomes the audience’s glee. He, like Mark Rylance and Norbet Leo Butz are the Robin Williams of theatre.

A Gentleman’s Guide to Love and Murder: in association with the Hartford Stage and the Old Globe, Walter Kerr Theater, 219 West 48th Street.

Suzanna BowlingDecember 1, 2022
Read More
Scroll for more
Tap
LA Superheroes Land in NY!
My View Stephen Sorokoff: Did you Ever Want To See How Mickey Mantle Learned To Swing?