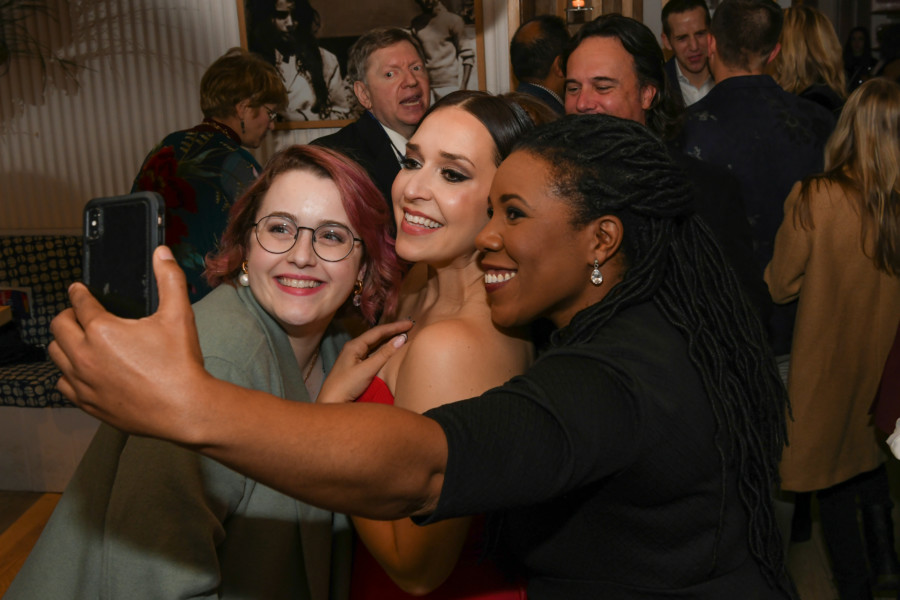 It was another one of those epic New York City nights.

On Nov. 8, the stars were out to toast Broadway star Jessica Vosk on her sold out Carnegie Hall show at the Mediterranean restaurant Amali’s 10th Anniversary Party. The captivating energy in the room was created by a brilliant combination of the amazing offerings of one of Manhattan’s favorite eateries mixed with the power of artists.

Amali is no stranger to musical talent.  The Midtown hotspot plays host to The New Power Trio on Sunday nights with Dear Evan Hansen‘s Justin Smith and fellow Broadway alums performing their own arrangements of today and yesterday’s pop music, played on concert-level classical instruments at 7:30pm weekly.  And on Monday nights diners can enjoy a dynamic jazz performance featuring a rotating roster of the city’s burgeoning Jazz talent, which also kicks off at 7:30pm. Each is a show you do not want to miss!

The fantastic restaurant is inspired by the Mediterranean way of life, emphasizing vegetables, olive oil, cheese, grains, and fish.  Its name is derived from a Turkish word used to describe the commonality of the lands west of Istanbul.  Amali’s commitment to sustainability is unique to the Midtown East neighborhood it resides in and has received critical recognition and/or commendations from the Obama White House, Slow Food Society, New York Times and the James Beard House.  Since 2011 Amali’s dynamic wine list has been at the forefront of exposing consumers to Greek wine, female winemakers and the biodynamic/organic/vin natural wine movement.

Be sure to book your reservation here today to make your own magical night.