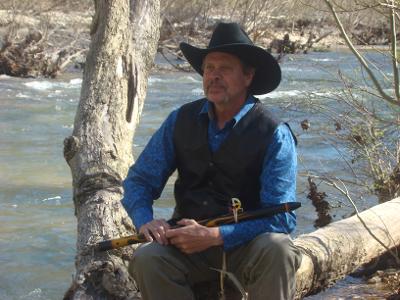 The Book Thief; Maze Runner; the entire Harry Potter series; Divergent; The Perks of Being a Wallflower; Hunger Games; Ender’s Run; Hunger Games … these are all YA books that have been turned into not only a hit book series, but a hit movie.

In 2020 A Grandfather’s Journal by CW Hanes electrified the book market and when word leaked that there was a sequel and possibly another, interest went sky high in Hanes’ works.
With Hollywood waiting in the wings, we sat for an exclusive interview with CW:
TSG: Tell us about the next book “Grandfather’s Journal: The Quests.”
CW: This book is called “The Quests” the reason being Jacob (the main character in the series) receives his last three clues.  There are five different quests in this book, one into the spirit world, another to Sasquatch Mountain, an archaeology trip full of mysteries including Spanish conquistadors and Native Americans, a fourth adventure of a backpacking trip to Angelic River Falls where interesting things happen with amateur radio, and the final quest to a town that had four different names with a haunted Spanish cemetery and church on a mysterious island.  There are several new characters introduced, and the story even incorporates a murder mystery where Jacob’s Grandfather’s attorney is murdered.
TSG: This is a sequel to the original novel, correct?
CW: Yes, it is a sequel to the original novel.
TSG: The first book contained so many mystical moments, where did the inspiration come from?
CW: My inspiration for the first book was derived from several life experiences from the way I was raised and my imagination.  My family has some Native American heritage from which I was able to gather many of the facts incorporated in both books.
TSG: What about you growing up. Tell us about that a bit.
CW: I was raised on a farm in a small town in Northeast Arkansas. We went to church every Sunday morning, Sunday night and Wednesday night.  We lived in a rural community where my dad taught me how to hunt, fish, and live off the land. My Mother worked right alongside my dad in the cotton fields, picking and chopping cotton in the mid to late 1950’s.  When I was 5 years old, I was given 2 twenty-five-pound flour sacks sewn together with a strap to go around my neck so I could help pick cotton.  When I got tired, Mom would have me lay down on her sack, half full of cotton, and would pull me along while I was asleep while she was still picking cotton.  Many times, she would tell stories as we plodded along about her great-great-grandmother being full blood Cherokee and forced to march on the Trail of Tears, coming across the Smokey Mountains through Tennessee and Georgia back in 1838.
TSG: The characters in the book are just tremendous; are each of them based on people you’ve known?
CW: A couple of the characters are based on people I have known, but the majority are fictitious.
TSG: I understand the first book is under consideration for a possible mini-series.
CW: It would be an incredible opportunity, and I believe that it would be enjoyed by young and old alike.  There are other TV series airing now that are about the spirit world, mysteries and magical beings. My book, being about a grandfather and his grandson, would be good for reinforcing right from wrong, as well as doing unto others as you would have them do unto you.
TSG: The first book came with an original song, and I understand you’ve written some other songs. Tell us about that.
CW: I’ve been writing song lyrics since 1985.  I have a large list of written songs in my journal. I wrote a song last year for my brother-in-law that passed away called “Standing on the Edge of Time.” I probably have a total of 40 to 50 songs written with approximately 10 to include music.  The rest of the songs are still locked away as tunes in my head.  I’m waiting to record them when I have more free time.
TSG: Will there be a song in the next novel as well?
CW: Yes, the “Grandfather’s Journal: The Quests,” will have an original song called “Turn This Truck Around.”  When Jacob pulls out of the driveway headed toward Montana for his internship for engineering, he sees his fiance, Catharine standing alone in the driveway, he writes this song for her on his drive to Montana. The next book “Grandfathers Journal: Strangers Among Us” will also have another original song.
Related ItemsA Grandfather’s JournalbookCW HanesG. H. HardingNew
Book Reviews