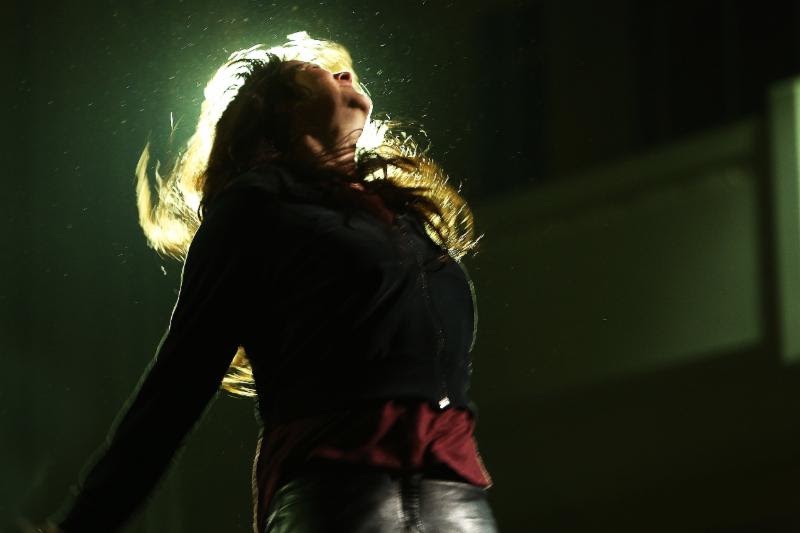 When one of New York City’s most venerable film institutions ceases operations — if only temporarily — it feels like a loss. So the limited closure of the Film Forum at 209 West Houston Street was painful in light of the recent shuttering of the great upper west side arthouse center, Lincoln Plaza Cinemas, and the death of its founder Dan Talbot. But good news arrived with the announcement that on Wednesday, August 1st, 2018, the Film Forum, such a major cinema center for both independent premieres and classic repertory revivals, reopens with an exciting raft of new films, conceptual programs, and various series.

Last spring, the Soho-based building had its doors closed so that longtime Film Forum Director Karen Cooper and of Film Forum’s Board Chairman Alan Klein could initiate construction of a new fourth screen and fully renovate the entire theater which had been originally built in 1990. These new four cinemas are outfitted with nearly 500 seats, all made by Spain’s Figueras company. There will be greater legroom and better sight lines due to seat reconfiguration and stadium-style steps. A 10’ x 5’ digital screen above the corridor leading to the theaters will be both used for graphic displays and specially commissioned “lobby movies” — silent or two to four-minute shorts by selected filmmakers.

Film Forum will maintain its two distinct programming profiles, with premieres selected by Cooper and Mike Maggiore and classics selected by veteran Repertory Programming Director Bruce Goldstein (assisted by Elspeth Carroll). With the increased screens, Film Forum expands its selections by one-third. and its popular Film Forum Jr series — classics for kids and families — will double, playing both Saturday and Sunday matinees beginning on September 8 and 9 with Walt Disney’s 1940 animated classic, “Pinocchio.”

As the press release notes, “The programmers will continue to produce detailed calendars to announce limited engagements, but the remaining two screens will make possible a greater number of commitments to longer running engagements and for hold-overs of more popular titles already on screen.”

Opening on the four screens beginning Wednesday, August 1st, will be:

This much anticipated biopic covers the tumultuous last years in the life and career of this titular Velvet Underground singer and Warhol muse with a critically acclaimed performance by Danish actress Trine Dyrholm, who does her own singing in the film.

“No Date, No Signature”

The cult classic documentary is a masterful collage of period footage from the new atomic age.  (which originally premiered at Film Forum in 1982), in a new 4K restoration.

“The Smallest Show On Earth”

Starring Peter Sellers and Margaret Rutherford, this special screening offers a viewing of this rare 1957 British comedy about a young couple who inherits a flea-pit of a cinema.

This unique film is the great director’s 1928 paean to Hollywood moviemaking, starring Marion Davies; the screening will have live piano accompaniment by Steve Sterner.

There will also be the first complete retrospective of French master Jacques Becker. This will include his “Casque D’or,” “Le Trou” and the US theatrical premiere of Rendezvous In July — a new 4K restoration, as well as many others imported from Europe for the festival.

As Cooper has said in their official announcement, “We are thrilled to re-open our cinema to audiences with movies both new and old: a terrific selection drawn from around the world (Iran, Italy, England, France), plus a seminal American independent documentary. We will continue to do what we’ve done best for nearly 50 years: premiering ground-breaking titles and uncovering the best in classic cinema.”

G. H. HARDINGJanuary 18, 2023
Read More
Scroll for more
Tap
The Miseducation of Cameron Post in the Backseat of her Prom Date’s Car
The Mom’s Denise Albert and Kelly McDonald Part 3