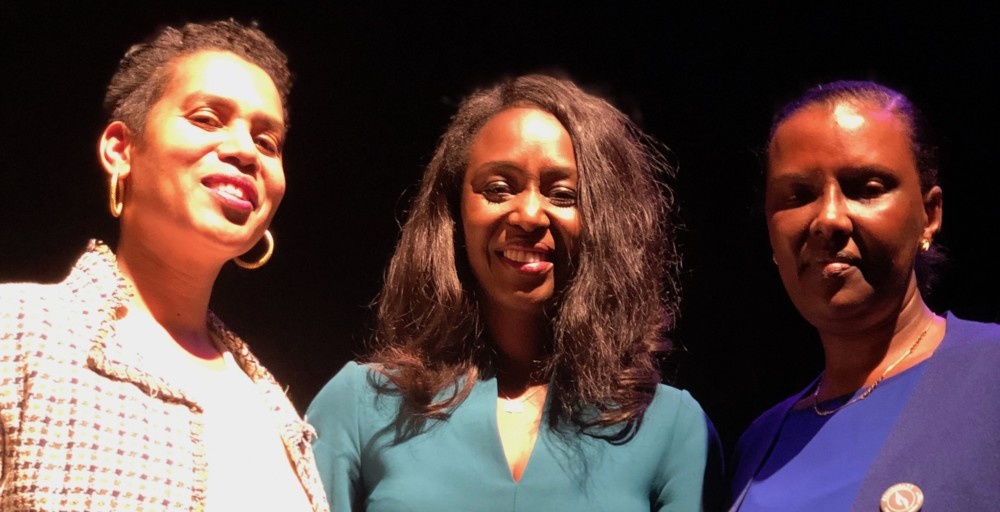 The United Nations has designated April 7th as an International Day of Reflection on the 1994 Genocide against the Tutsi in Rwanda.

Rwandans today marked the 25 anniversary since more than 800,000 Rwandans, most of them from the country’s Tutsi minority, were slaughtered during the 1994 genocide.

Rwanda has a lot to teach us. Though wounded and heartbroken, this country has learned to forgive and move on. Their example is a humanitarian miracle and something America should greatly reflect on.

I had a chance to talk to Malaika Uwamahoro’s mother who is here to see her daughter perform in America. In talking to her, she explained to me that Rwandan’s have truly moved on and the killers are now their neighbors, making amends for their crimes. From the people I met today there is hope for humanity, if only we can forgive and start afresh. The people I met are extremely generous extending gracious offers to visit and see their country. They also have the most amazing skin.

“Time can never erase the darkest hours in our history,” wrote Jean-Claude Juncker, president of the European Commission, on Twitter. “But it is at the heart of our darkest moments that begins our ascent to the light.”

Today as I attend the play Miracle in Rwanda New York Times best selling author, Immaculée Ilibagiza also was in attendance to the show depicting the real-life events of her life, when she — along with 7 others — survived three months in a 3×4 foot bathroom during the 1994 Genocide against the Tutsi in Rwanda.

“I am so thrilled at the response to our show, and I am so happy to give more people the chance to see Malaika Uwamahoro perform the Miracle. We also have some more shows for our wonderful understudy, Nisarah Lewis, who can show the world her acting chops. This story resonates with anyone who has ever found it hard to forgive. Come and see how Immaculée did it!” – Playwright, Leslie Malaika Lewis

In Miracle in Rwanda Immaculee’s ability to forgive and in essence the country’s ability to forgive is truly a miracle. Rwandan actress Malaika Uwamahoro, plays both the killers and the hunted; her performance shows redemption to this awful chapter of human history, bringing it full circle.

Miracle in Rwanda performs Tuesdays through Thursdays at 7 pm; Fridays at 8 pm; Saturdays at 2 and 8 pm; and Sundays at 3 pm.

Miracle in Rwanda opens tomorrow night. Look for our review.

Suzanna BowlingJanuary 24, 2023
Read More
Scroll for more
Tap
Company and Come From Away Big Winners at the Olivier Awards
Michael Urie to Host for the 4th Year Drama Desk Awards