A Nation Grooves: A People’s History of Hip-Hop and The Quiet World 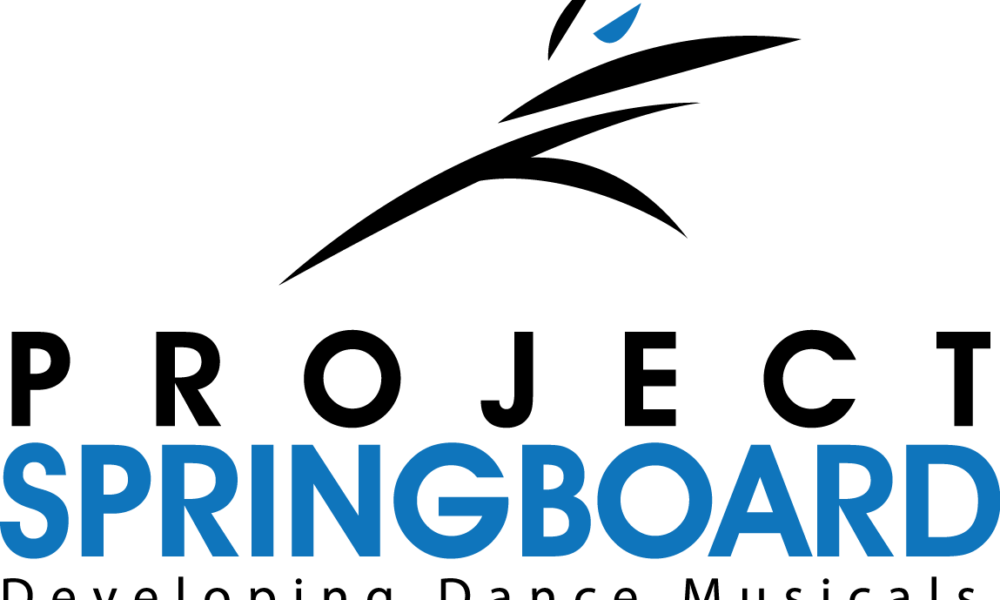 A Nation Grooves: A People’s History of Hip-Hop and The Quiet World

A Nation Grooves: A People’s History of Hip-Hop draws inspiration from the origins of hip-hop and those who birthed it, specifically youth in the New York and Bay areas. A Nation Grooves is a response piece to Bring in Da Noise, Bring in Da Funk – through freestyle dance, this piece follows black history from the 1970s to the present, as a new discourse on the staying power of the beat.

The Quiet World, based on Jefferey McDaniel’s poem of the same name, considers a world in which the government allows its citizens a maximum of 167 words per day, “in an effort to get people to look into each other’s eyes more.” Two young lovers’ inability to connect through language causes them to challenge the world in which they live.

Launched in 2017 and designed to encourage collaborations in which choreography plays an integral part in the conception and creation of new musical projects, Project Springboard: Developing Dance Musicals provides a fully-supported, multi-week development residency for two creative teams in the early conceptual stages of a new dance musical.

“Kambi Gathesha and Charles Sutton are each developing singular musical theater works in which dance is an essential component of the narrative, “said Isaacs.  “Although the movement vocabulary and method of storytelling couldn’t be more different, both artists are asking probing questions about the human condition and how we connect.”

Project Springboard: Developing Dance Musicals was born out of an extensive inquiry, led by Director Mara Isaacs and the Jerome Robbins Foundation, into the role that choreographers play in the conception and development of new musicals. Overwhelmingly, in the two-year study, they heard from directors, choreographers, composers, lyricists, and book writers that while there is a genuine appetite for developing dance-driven musicals, there are limited avenues available to independent artists to develop these labor-intensive collaborations. It was out of these conversations that Project Springboard: Developing Dance Musicals was created to 1) encourage collaborations that incorporate choreographic and directorial ideas at conception, 2) develop the work with dance fully integrated into the story-telling, and 3) address the existing financial and practical obstacles to developing those ideas in early stages of development.

In addition to leadership support from the Jerome Robbins Foundation, Project Springboard: Developing Dance Musicals is made possible with the generous funding of the Howard Gilman Foundation, the Mertz Gilmore Foundation, the Frederick Loewe Foundation, and the Geraldine Stutz Trust.

A Nation Grooves: A People’s History of Hip-Hop Creative Team:

Kambi Gathesha (creator, director, choreographer). Originally from Nairobi, Kenya, Gathesha is a Brooklyn-based actor and choreographer. He studied acting at the Juilliard School and dance and African History at Columbia University. As an actor, he was most recently seen in the New York premiere of Obie award-winning playwright Aleshea Harris’ What to Send up When it Goes Down. His other New York credits include Our Lady of Kibeho (Signature Theatre); Romeo and Juliet and A Midsummer Night’s Dream (Classical Theatre of Harlem). Regionally he has appeared at the Williamstown Theatre Festival and he recurs on the forthcoming television pilot “Big Dogs” (Choice Films). As a dancer and choreographer, he has presented work at APAP, PMT, Dance New Amsterdam, City Center, Peridance, Battery Park Downtown Dance Festival, Cool New York, and White Wave. He has collaborated and worked with choreographers Reggie Wilson of Fist and Heel; David Parker’s The Bang Group, Darcy Naganuma, and with Tony Award-winning Hamilton choreographer Andy Blankenbuehler. Education/Training: Juilliard and Columbia.

Sinan Zafar (composer) is a New York-based sound designer and composer. Broadway: What the Constitution Means to Me (Helen Hayes Theater). Off-Broadway/New York: What the Constitution Means to Me (New York Theatre Workshop, Clubbed Thumb); What To Send Up, and She Would Stand Like This (The Movement Theatre Company); Intelligence (Next Door @ NYTW); Hamlet (Waterwell); Midsummer (Tiltyard). His work has been seen regionally at theaters across the country, including: Williamstown Theatre Festival, Berkeley Repertory Theatre, Yale Repertory Theatre, Weston Playhouse Theatre Company, Dorset Theatre Festival, Two River Theater, and TheaterSquared. University: Yale Drama, Dartmouth University, NYU, Sarah Lawrence College. He is a member of Wingspace Theatrical Design. MFA: Yale School of Drama. SinanZafar.com

Will Van Dyke (composer) currently serves as the music supervisor and conductor of Pretty Woman on Broadway, which he also arranged and orchestrated. Compositions include Chasing The Day, i(Pioneer), The Gravedigger’s Lullaby (TACT), Writing Kevin Taylor (Village Theatre), Winnie the Pooh, KIDS (Disney), The Lion King Experience titles (Disney). Currently in development: Magnificent Climb with Rick Elice, Imagine Harry, Wintersong, Seven Broken Hearts, and The Circle and The Wheel with Jeff Talbott. Other music director credits include Kinky Boots, Rent, The Addams Family, Grease, and Wicked. Will orchestrated Andrew Lippa’s shows The Life of the Party (Menier Chocolate Factory) and The Man in the Ceiling (Bay Street). His albums Chasing the Day, Writing Kevin Taylor (2013 Concept Recording), and an executive producer with Jeff Talbott, A View of the River, are available wherever digital music is sold. With Annaleigh Ashford, he has recorded two original songs, “Another Time” (MAC nomination) and “A New Year”. With Matt Doyle, Will co-wrote and produced his albums Daylight, Constant, Make the Season Bright, and Uncontrolled. www.willvandyke.com

Matthew Greene (book) is a playwright, librettist, and lyricist whose works have been seen on both coasts and a few places in between. His play Thousand Pines had its world premiere at Westport Country Place, directed by Austin Pendleton. The autobiographical Good Standing played at Theater Row as part of the United Solo Theatre Festival and his play Gregorian premiered at Walker Space, produced by Working Artists Theatre Project. Adam and Steve and the Empty Sea had its sold-out world premiere at Plan B Theatre in January, where it was named Best Original Play by the 2013 Salt Lake City Arty Awards. It subsequently had a run at the 2013 New York International Fringe Festival and was presented as part of OUTReach’s LGBTQ Youth Summit. His other plays include Job Well Done (national finalist, American College Theatre Festival); Bread of Affliction (Society for the Study of Jewish American and Holocaust Literature); #Mormoninchief (New York International Fringe Festival). His film Boy with Blue was awarded Best of Fest at the Oceanside Film Festival. He spends his days working with Opening Act, an organization that provides theater education to underserved high schools. A California native and proud foster father, Matthew earned a B.A. in Theatre at Brigham Young University and currently lives in New York City.

Mara Isaacs (director, Project Springboard: Developing Dance Musicals) is a creative producer and founder of Octopus Theatricals, a theatrical producing and consulting company dedicated to fostering an expansive range of compelling theatrical works for local, national and international audiences. Recognized as a field leader in new play and musical development, Mara has produced over 150 productions on and Off-Broadway, across the US and internationally. Current projects include Hadestown by Anaïs Mitchell, Theatre for One, Iphigenia (a new opera by Wayne Shorter and Esperanza Spalding), Dreaming Zenzile by Somi Kakoma and many others. Mara was Producing Director at McCarter Theatre Center in Princeton, NJ (1995-2013) and previously produced new play development programs and productions for Center Theatre Group/Mark Taper Forum in Los Angeles (1990-1995). www.octopustheatricals.com www.projectspringboard.org

Jerome Robbins established the Foundation in 1958 with the intent to support dance, theater, and their associative arts. The Foundation supports dance and theater companies, presenting organizations, the Jerome Robbins Dance Division at the New York Public Library for the Performing Arts, and created initiatives such as the Floria V. Lasky Symposium and Project Springboard: Developing Dance Musicals to support the field of the performing arts and the issues challenging its mission to remain an integral part of life in our ever-changing times. The Jerome Robbins Foundation is led by Christopher Pennington (Executive Director), Allen Greenberg and Ellen Sorrin. www.jeromerobbins.org 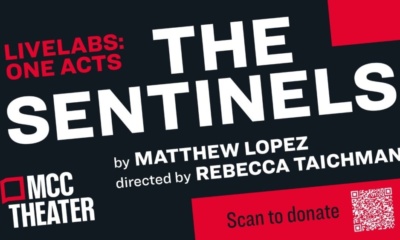 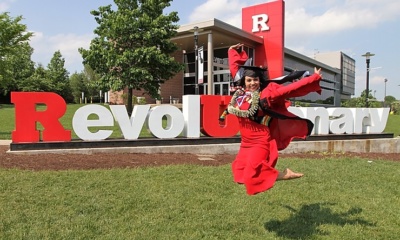 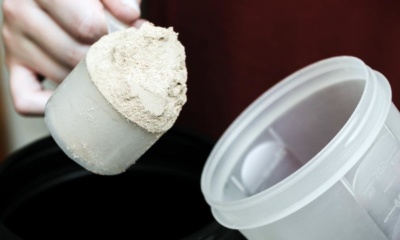 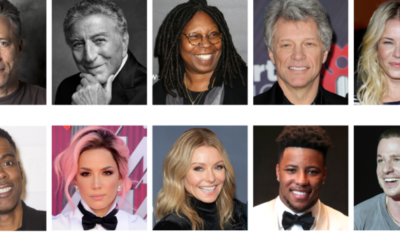 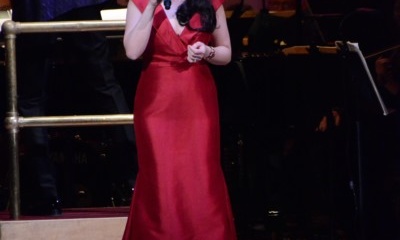