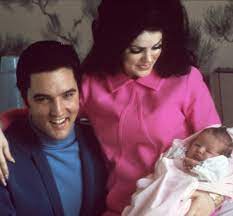 In a fitting tribute to Elvis Presley following Elvis month this year, Kruse GWS Auctions, famous for its expertise of Elvis Presley memorabilia and celebrity collections, has announced an incredible opportunity for one special fan and a guest.

When one says the name “Priscilla,” the world knows who they mean. Priscilla Presley is one of the most legendary names in entertainment and music. Married to Elvis Presley from 1967-1973, she has remained one of the most intriguing and significant individuals from his life. A producer, actress, fashion designer and iconic trend-setter Priscilla Presley has never swayed from her dedication to protect, educate and celebrate Elvis’ legacy of loving fans from around the world. She uses her platform to educate the new generation of Elvis fans.

Elvis and Priscilla’s love story is one made from fairytales. It was in September of 1959 that Elvis first laid his eyes on the stunning beauty and later made her his wife. They were married for 7 years and Priscilla continued to support Elvis while maintaining a very close relationship with many of the fans on a personal level. She loves the Elvis fans as much as Elvis did and enjoys honoring his legacy while sharing stories and facts most people would never know. She truly is a wealth of information.

On Saturday, September 4, 2021 Kruse GWS Auctions will offer an exclusive, private lunch experience with Priscilla Presley to the highest bidder as part of the “Artifacts of Hollywood & Music Auction.” Per Priscilla’s request, a portion of the proceeds will benefit Dream Foundation. This charity is near and dear to Priscilla’s heart and will honor her mother, Anna Lillian Iversen, who passed away recently and with whom Priscilla was very close. The Dream Foundation tailors psychosocial and emotional support for terminally ill adults and their families. Their work plays a critical role in the special end-of-life care that focuses on improving the quality of life for patients and their families while renderinginspiration, comfort and closure at the end of life.

The highest bidder will receive a private lunch in Beverly Hills, California in a secluded setting with Priscilla Presley and Dame Brigitte Kruse, Founder and Lead Auctioneer of Kruse GWS Auctions. The lunch will include a professional photographer who will memorialize the special moment for the winner. The winner will also receive a very special keepsakefrom Priscilla. This is the first time a lunch of this magnitude has been offered by Priscilla.

Priscilla Presley co-starred in three successful Naked Gun films and the long-running television series Dallas and has created fragrances and other brands bearing her name. The consummate businesswoman and fashion icon, Priscilla is truly entertainment royalty. No one knows more about Elvis’s life, or career than Priscilla. She has amazing stories to share about her life with Elvis and and her own life and career.

“I’m excited to share some fond memories. I simply love listening to the fans and hearing their stories. Helping the Dream Foundation is very near and dear to my heart” – Priscilla Presley

“I am honored to offer such a monumental experience with the elegant Priscilla Presley. In honor of her mother, Ms. Anna Lillian Iversen, Kruse GWS Auctions will also be making a donation to Dream Foundation in her memory. We are looking forward to hosting this rare and exclusive opportunity with Priscilla.  – Dame Brigitte Kruse

To register to bid or view catalog go to www.gwsaucbid.gwsauctions.com