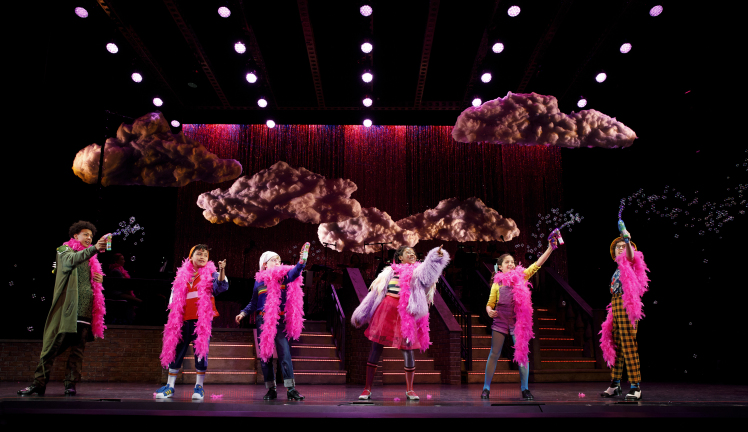 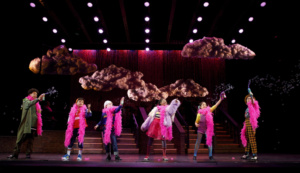 It’s funny how the world works sometimes.  Yesterday was not a typical day, but because we find ourselves in the middle of summer, I was particularly less busy at work than normal. And because of that free time, I was able to go see a matinee on a Wednesday, and still be able to see the Encores! Off-Center production of Really Rosie that same night.  The odd thing about this was basically the ‘demographics’.  For the sassy musical, Curvy Widow, I felt I was surrounded by older New Yorkers seeing a show that was basically written for them. It was about a New York woman of a certain age having to rediscover who she is after her husband dies. Sounds a bit morbid but it really wasn’t, it was fun and feisty, just like the lead actress, the very full-voiced Nancy Opel (a Tony nominee for Honeymoon in Vegas).  Than in the evening, I was surrounded by a whole other demographic: younger New York girls, maybe eight years old to early teens, with their parents in tow, (I’m not so great at guessing the ages of kids). We were all there seeing the family friendly kid’s show, Really Rosie, that was, just like the earlier show, basically written for that audience.  This time, it was about a fun and feisty young girl, Rosie, portrayed by a very similar, young and wonderfully voiced dynamo by the name of Taylor Caldwell (School of Rock). Rosie is a firecracker and working very hard in creating a persona for herself as she plays ‘making movies’ with her friends in Brooklyn. Who knew these two shows could be so similar, while also being so demographically the opposite.

What are the Different Kinds of Storages?
Why Members of Your Family Need a Cell Phone