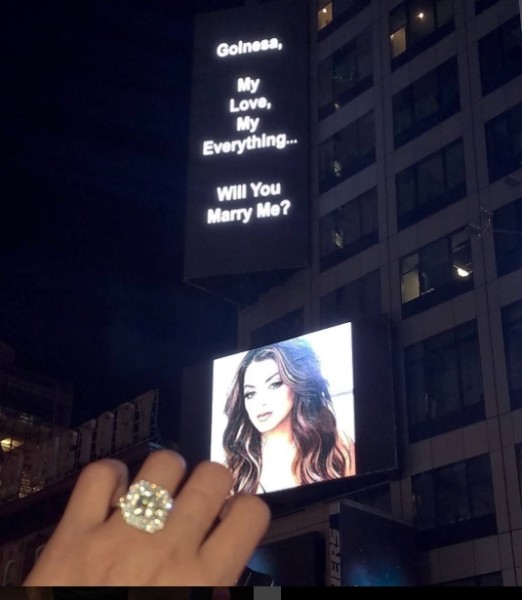 A Shahs of Sunset Engagement in Times Square

A Shahs of Sunset Engagement in Times Square 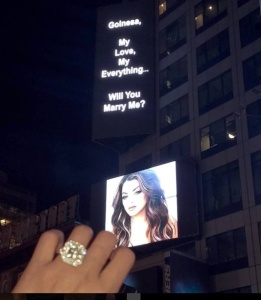 Golnesa “GG” Gharachedaghi will be saying I Do in 2017. On Sunday, the “Shahs of Sunset” star took to Instagram to announced her boyfriend Shalom took out a billboard in the heart of Times Square to ask the question.

“In the middle of Times Square… he asked… and I said… HELL YESSSSS! So happy to spend my life with him. I love you @shalom310,” Gharachedaghi stated on Instagram. A photo of her engagement ring and the billboard which read, “Golnesa, My Love, My Everything … Will You Marry Me?” accompanied the statement.

Gharachedaghi, 35, mentioned earlier, “This has been an incredible year, from my Off-Broadway run to getting engaged. I can’t wait to see what 2017 will hold.”Golnesa finished up her run in Sex Tips for Straight Women from a Gay Man, December 10th. 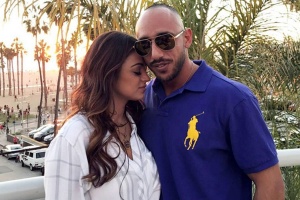 gg_golnesa I always swore I’d never be one of those females that puts up sappy love posts… but F*CK… this man truly gives me life! ? @shalom310 ?
Source: Golnesa “GG” Gharachedaghi Instagram

The social media star has be posting all over God’s half acre her relationship with Shalom. Shalom appeared “Dash Dolls” with then-girlfriend Durrani Popal in 2015. it appears he’s letting his off-Broadway beauty embrace her new stage fame. The Bravo personality currently is starring in the production of “Sex Tips for Straight Women from a Gay Man.”

Earlier this year, GG chatted about her private battle with rheumatoid arthritis. She was diagnosed with the illness at the age of 29. “I’ve done a great job putting on this mask, but there’s a time when I go home and I’m alone and there’s no more mask, it’s me and my life and my disease, and that’s when the battle is real. My body hasn’t been feeling so great the last 2 months so we’re changing the dosage of my weekly methotrexate injections. To all of my warriors … stay strong! We will have good days and bad days. But we need to always remember that our minds and souls can defeat all pain and hardships.”

The wedding date has yet to be named so stay tuned.