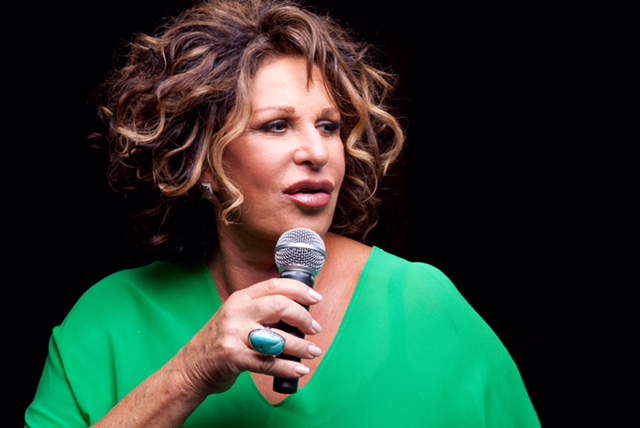 A Show Not To Be Missed The Incomparable Lanie Kazan

A Show Not To Be Missed The Incomparable Lanie Kazan 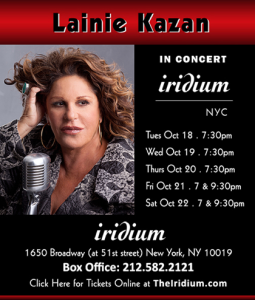 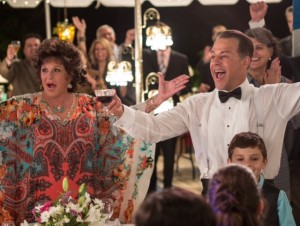 Ms. Kazan began her career in the Broadway musical Funny Girl, where she played a Ziegfeld showgirl and understudied the leading lady, Barbra Streisand. She finally got her chance to go on in the title role a year and a half after its Broadway opening. Lainie performed the lead role twice in one day, and received accolades that would start what would be an extraordinary career. 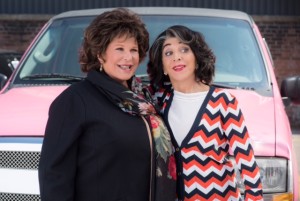 Lainie has also appeared on Broadway stage in The Government Inspector with Tony Randall, My Favorite Year with Tim Curry (Tony Award nomination), and produced and starred in the Ethel Merman tribute, Doin’ What Comes Natur’lly. Regional credits include: A Little Night Music, The Rink, Man of La Mancha, The Rose Tattoo, Gypsy, Who’s Afraid of Virginia Woolf?, Hello Dolly, Fiddler on the Roof, Orpheus Descending, Plaza Suite and Bermuda Avenue Triangle with Joseph Bologna and Renee Taylor. She has also performed in The Vagina Monologues and The Exonerated. 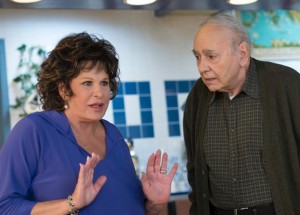 Her film credits include: “My Favorite Year” (Golden Globe Nomination), Coppola’s “One From The Heart,” Spielberg’s “Harry and the Hendersons,” Paul Bartel’s “Lust in the Dust,” “Delta Force,” “Beaches,” “The Cemetery Club,” “The Big Hit,” “The Associate,” “The Crew,” “What’s Cooking?,” “My Big Fat Greek Wedding,” “Bratz,” Adam Sandler’s “You Don’t Mess with the Zohan” and “Pixels,” and most recently “My Big Fat Greek Wedding 2.” She has also starred in several movies for television.

Lainie has performed in Nightclubs, Grand Hotels, and Concert Halls around the world. She partnered with Hugh Hefner and opened “Lainie’s Room” and “Lainie’s Room East” at the Los Angeles and New York Playboy Clubs. Lainie recorded five albums for MGM and she produced her most recent CD’s with David Benoit for Music Masters label “In The Groove” and “Body and Soul”.

Stephen SorokoffJune 21, 2022
Read More
Scroll for more
Tap
Paper Mill Playhouse’s “The Producers” Should Sing When You Got It Flaunt It
Where Your Blue Tomorrow as Javier Muñoz, Star of Broadway’s Hamilton and STOMPOutBullying Light the Empire State Building