A Strange Loop Had Me Screaming The Emperor Has NO CLOTHES A Strange Loop Had Me Screaming The Emperor Has NO CLOTHES

How Michael R. Jackson’s A Strange Loop won the Pulitzer Prize, The Drama Desk and The New York Drama Critic’s Circle Awards for Best Musical is seriously beyond me. I did not see this show the year it won the Drama Desk. Already there are rumors that they are pushing this show to win the Tony Awards. All I have to say if it does, there goes the end of Musical Theatre in America and America trusting the Tony Awards. 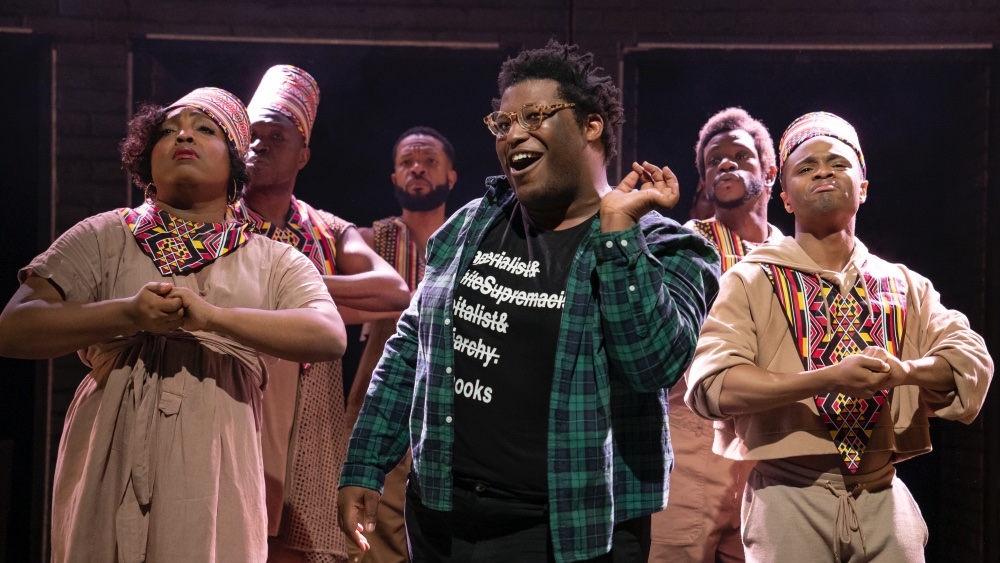 This show is offensive, pointless and where it belongs, I do not know. All I do know, is it does not belong on Broadway.

For the positive aspects of this show, the music is a lot of fun. It steals a couple of Sondheim motif’s, but it is enjoyable. I especially like the song “Boundaries.” The cast is terrific in the multiple roles played by each of the thoughts. The lead Jaquel Spivey is a find, though it is sometimes hard to hear the lyrics and I was in the fourth row. The show is well directed by Stephen Brackett, and has fun choreography by Raja Feather Kelly. The set by Arnulfo Maldonado, costumes by Montana Levi Blanco and lighting by Jen Schriever are well done.

Then Usher sings “A STRANGE LOOP WILL HAVE BLACK SH*T! AND WHITE SH*T! IT’LL GIVE YOU UPTOWN AND DOWNTOWN! WITH TRUTH-TELLING AND B*TT-F**KING! THERE WILL BE B*TT-F**KING!”

His Thoughts accuse him of being a race traitor, which he is. He has a “Inner White Girl” and first fantasizes and then hooks up with a white man who fetishizes him for sex, which we get to watch. I never thought theatre needed a X or an R rating. Maybe it does.

His parents love him. but are politically and religiously conservative. His best friend died of AIDS and his parents do not want this for their son. In the show The Lion King, Tyler Perry and Scott Rudin are all used and I surprised they haven’t sued.

The Thoughts state: And as scary as this world might seem is, all of this ugliness … all of this anger and pain pain and anger … is about you. So how about you focus on yourself?

Usher ends the show with

And for this Broadway theatergoers are expected to shell out hard earned cash on somebody who doesn’t love themselves and by the end can’t solve their own problems. Maybe a shrink would be a better choice than Broadway.

Genevieve Rafter KeddyMay 21, 2022
Read More
Scroll for more
Tap
POTUS: Or, Behind Every Great Dumbass are Seven Women Trying to Keep Him Alive, But The Question Becomes Who Are the Dumbasses?
The Smell of Death Hillariously Never Really Vanishes for the Hangman on Broadway