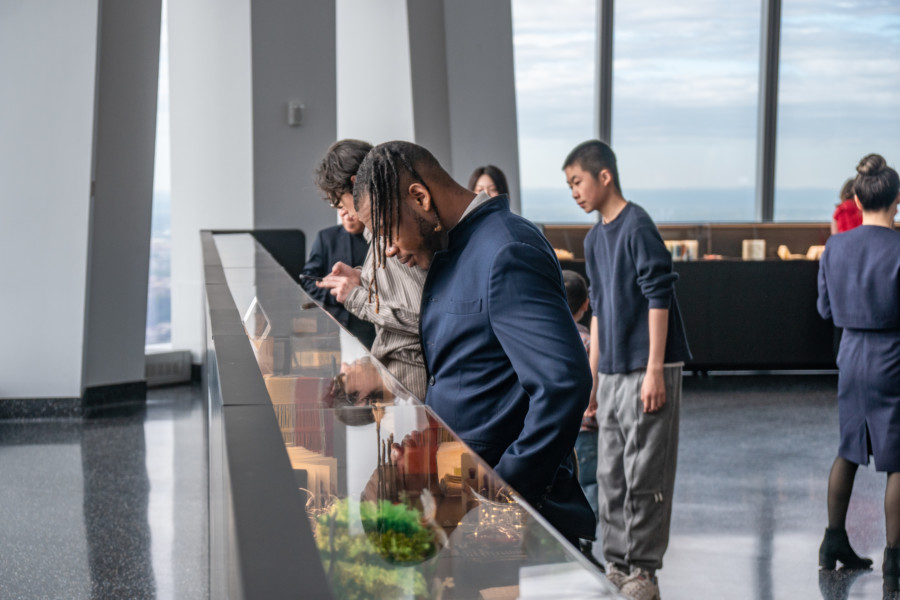 This is one view you are going to want to write about.

A picture is worth a thousand words they say, but you may just come up with a thousand and one after seeing the breathtaking Moleskine Detour New York Exhibition at One World Observatory .

Visiting this exhibition in the sky that showcases notebooks from The Moleskine Foundation collection in support of its mission of creativity for social change will inspire you. In fact, it is one of the best exhibits you will see in New York City this month. Come to see how 75 creative thinkers transformed the notebooks into incredible pieces of art as you look out over the 102 floor and across the New York City skyline. 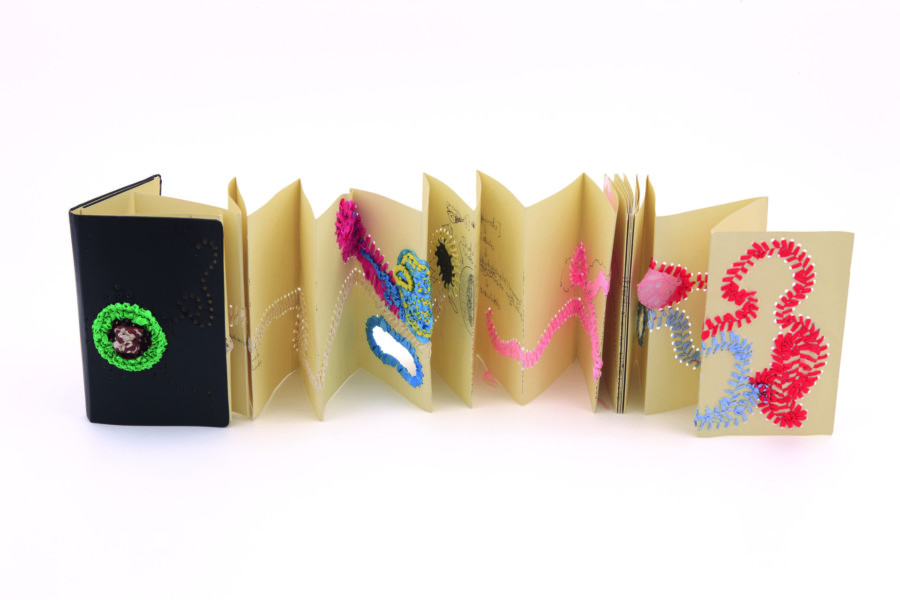 Starting May 13, artworks by William Kentridge, Paula Scher, MC Yan, Sigur Rós, Francis Kéré, Joana Vasconcelos, Cristina Lei Rodriguez and more than 20 New York creatives will be on display.  Each creator generously donated their notebook to the Moleskine Foundation in support of its mission of “creativity for social change” through programs that unlock creative and critical thinking among youth in schools and communities. Founded in 2006, The Moleskine Foundation collection contains over 1,300 Moleskine notebooks that have been decorated, hacked, sculpted, and reconstructed into artwork.

This marks the first time that One World Observatory has hosted an art exhibition as well as the return of Detour to New York. During an elaborate opening celebration the tastemakers of town came to witness the awe display and take in an early preview of what both tourists and locals alike will come to love. 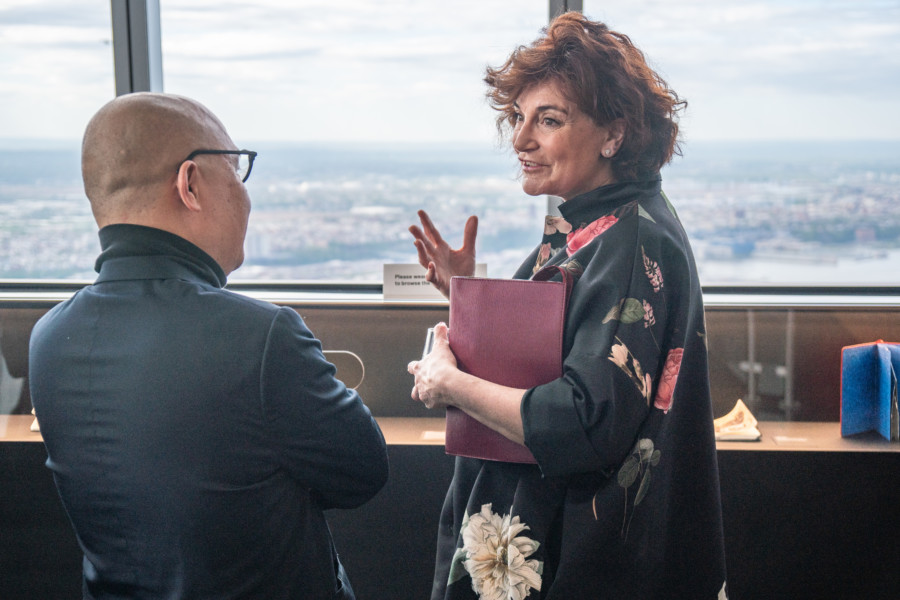 “The Detour exhibition is a celebration of our universal potential for human genius through the simple and instinctive act of putting hand to paper,” says Daniela Riccardi, Moleskine CEO. “We are delighted to bring Detour to New York and to have it showcased at One World Observatory, a perfect location to share inspiration with all its visitors. We hope the exhibition will encourage everyone to tap into the power of their own ideas and creativity.”

Guided by the question, “Can creativity change the world?”, the exhibition is divided into the five themes: Metamorphosis, Memory, Borders, Journey, and Imagination. Each notebook tells a different story, dream project, or distinctive way of being and relating to the world.

Highlights on display include: ”Mapping Contemporary Venice?”, architect Francis Kéré – the first African and the first Black person to win the Pritzker Architecture Prize –  uses drawings and texts to illustrate the differences between air circulation and heat absorption in Africa and Venice, Italy; as well as the divine work of pentagram designer Giorgia Lupi who painstakingly stitched threads represent each day of her life in the pages of her notebook in her “Book of Life.” The result is a visual archive of her memories, from achievements to health scares, and each event that constitutes her identity.

The exhibition also includes notebooks by 18- to 27-year-olds from Africa, Europe, and the United States who have participated in the Moleskine Foundation’s AtWork program including several New Yorkers such as Papa Baiden, Ladin Awad, and organizer and curator Dalaeja Foreman, whose artwork evokes the resistance strategies of Black communities and working-class communities of color. 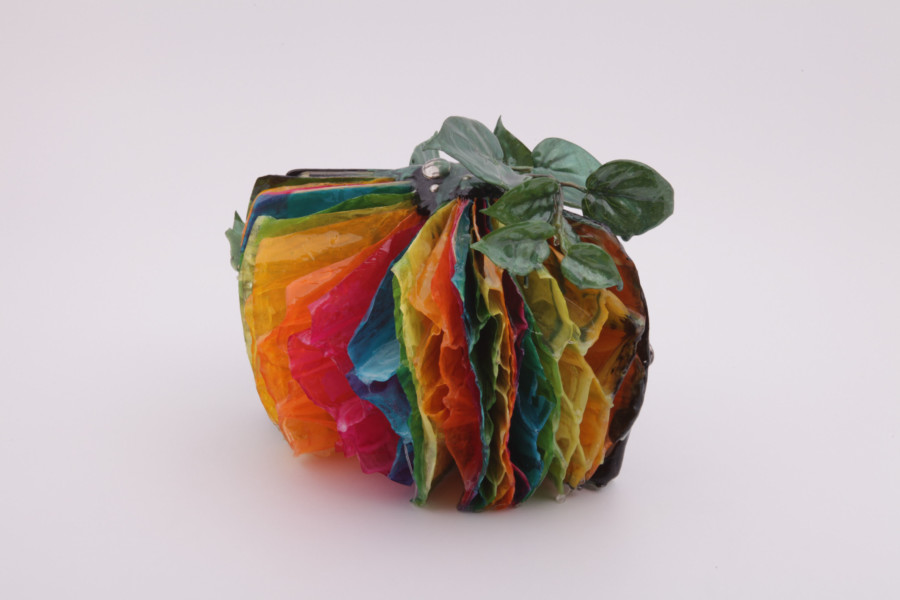 In addition, 10 New York-based artists from the Lower East Side’s Harman Projects gallery are featured in the exhibition, including Bryce Wymer, Cait McCormack, and Janice Chang, and 22 others will donate artworks to the Moleskine Foundation Collection. Over the past decade, the gallery has hosted Moleskine Project group shows featuring original sketches, paintings, collages, and other sculptures using the pages of Moleskine notebooks. In June, Harman Projects gallery in the Lower East Side will host a separate exhibition of the artworks of their artists featured in Moleskine Detour New York. 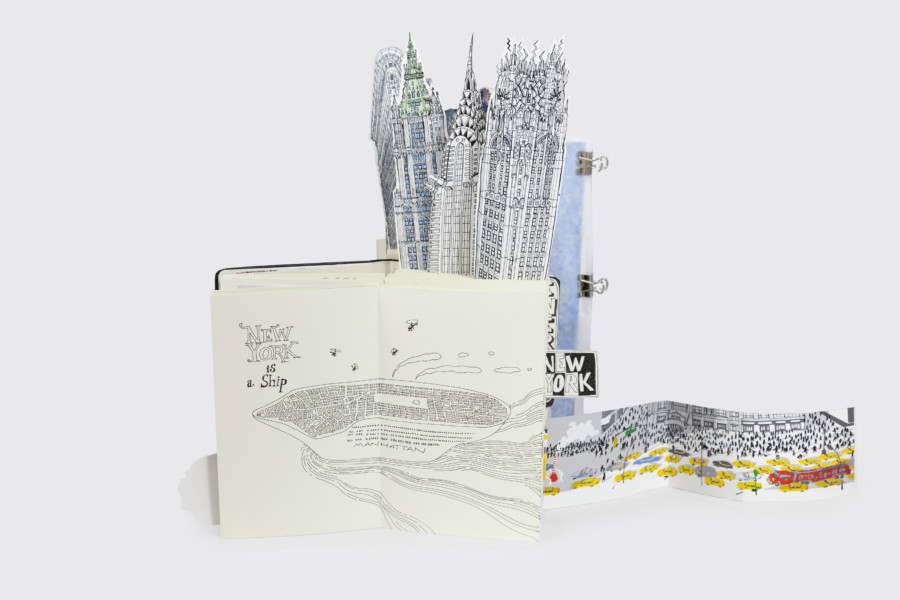 Be sure to visit today to bring your own imagination to life in a sparkling way. Complimentary access to the Moleskine Detour New York exhibit is provided with all tickets to One World Observatory, which start at $38.00 at www.oneworldobservatory.com/buy-tickets/