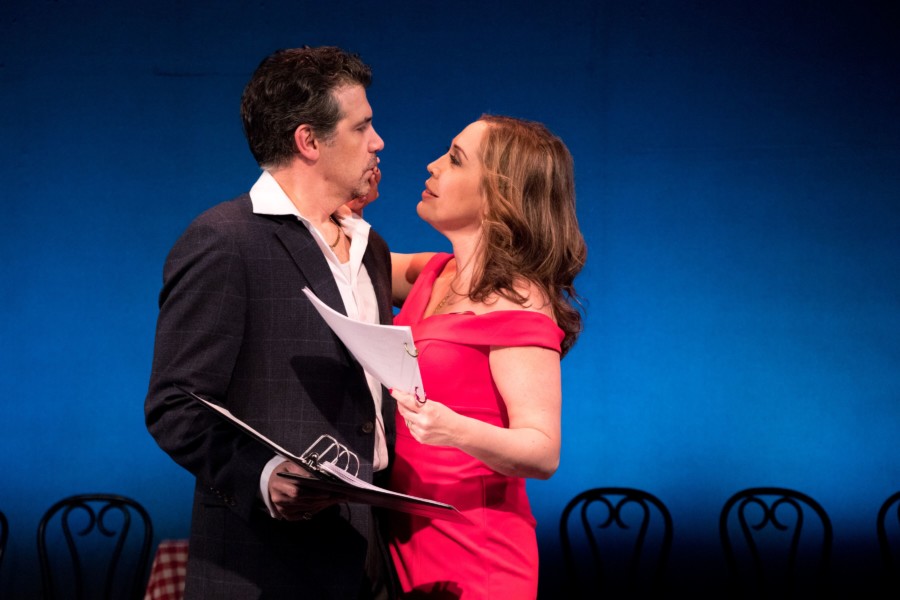 A Sweet Revival of Carmelina at Musical in Mufti

A Sweet Revival of Carmelina at Musical in Mufti 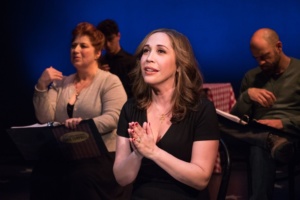 Carmelina is a musical with a book by Joseph Stein and Alan Jay Lerner, lyrics by Lerner, and music by Burton Lane. Based on the 1968 film Buona Sera, Mrs. Campbell (which also inspired the book for Mamma Mia!), the show had eleven on Broadway production, and opened on April 8, 1979 at the St. James Theatre, where it ran for only seventeen performances. A nomination for Best Original Score was its sole recognition. 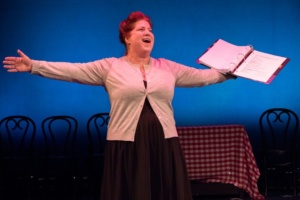 In the show Camelina “Campbell” (Andrea Burns) is an Italian woman has spurns the constant advances of local café owner Vittorio (Joey Sorge) because her heart still belongs to the man she tragically lost. In reality, she had affairs with three different GIs and has no idea who fathered the girl. During the American occupation of Italy – slept with three American GIs in the course of a month, Cpl. Karzinski (Timothy John Smith), Lt. Smith (Jim Stanek), and Sgt. Walter Braddock (Evan Harrington). By the time she discovers she is pregnant, all three have moved on, and she, has convinced all  three (who are unaware of the existence of the other two) to support “his” daughter Gia financially. 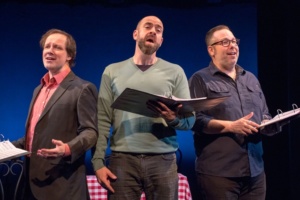 To protect her reputation, as well as the reputation of her unborn child, Camelina has raised the girl to believe her mother is the widow of an army air force captain named Eddie Campbell, a name she borrowed from a can of soup (she is very fond of Campbell’s soups). 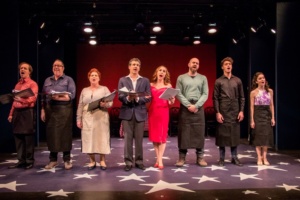 After the end of World War II in the village of San Forino, where the three ex-airmen attend a unit-wide reunion of the 293rd Squadron of the 15th AF in the village where they were stationed. Carla is forced into a series of comic situations as she tries to keep them – each one anxious to meet his daughter (MaryJoanna Grisso) for the first time. 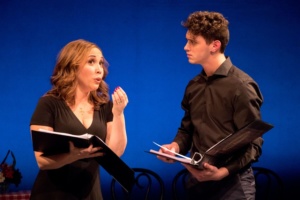 When confronted, Mrs. Campbell admits to her Cook (Anne L. Nathan) she does not know which of the three men is Gia’s father. She challenges the men by asking them what kind of father each would have been, particularly because they have never been there for all the small but important life events of their daughter. Provoked by this, the potential fathers talk to Gia and insist that she cannot run off with the young man who loves her (Antonio Cipriano). The “fathers” cease the support.

The cast is superbly cast, with the fathers getting the best numbers. The show is extremely ballad heavy.

Bravo to The York for giving shows another look.

Carmelina: Musicals in Mufti: The York Theatre, until