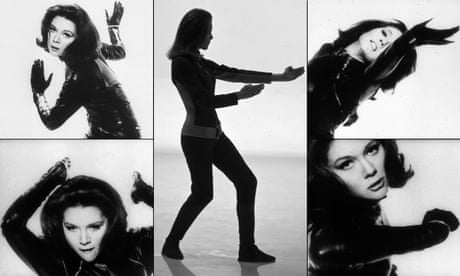 “I’m all for the women who speak out, and I’m very glad that they now have a platform to speak out.” Diana Rigg

I first fell in love with Diana Rigg in The Avengers. Emma Peale was the girl who had it all; smarts, looks and the ability to kick butt, with class. She walked away with Bafta’s, Emmy’s and Tony awards for her contributions.

I had the greatest of pleasure seeing her on stage as Medea, Albee’s Martha, Abelard And Heloise and Brecht’s Mother Courage. I followed her as Lady Olenna Tyrell, on Game of Thrones. I missed seeing her in the National Theatre, where she played major roles in Phedre, Tom Stoppard’s Jumpers, The Misanthrope, Pygmalion, Antony And Cleopatra and Stephen Sondheim’s Follies.

I still have Mrs Pumphrey in the 2020 adaptation of All Creatures Great and Small – which aired last night on Channel 5 to look forward to watching. Rigg also won worldwide acclaim for her turn as a Bond girl in On Her Majesty’s Secret Service in 1969, which I some how missed.

Trained at the Royal Academy of Dramatic Art, Ms Rigg joined the Royal Shakespeare Company at Stratford-upon-Avon in 1959. She was immediately cast in The Taming Of The Shrew, A Midsummer Night’s Dream, Macbeth and King Lear.

Made a dame in 1994, she revealed that early in her career at the hands of a powerful’ film director she was abused and was paid less than her male counterparts.

Taking aim at the non too kind reviews Ms Rigg produced a book of the worst-ever theatrical reviews, entitled No Turn Unstoned. It was a best-seller.

Dame Diana Rigg died peacefully early this morning, with her family who have asked for privacy at this difficult time. She was 82 and had been battling cancer since March.