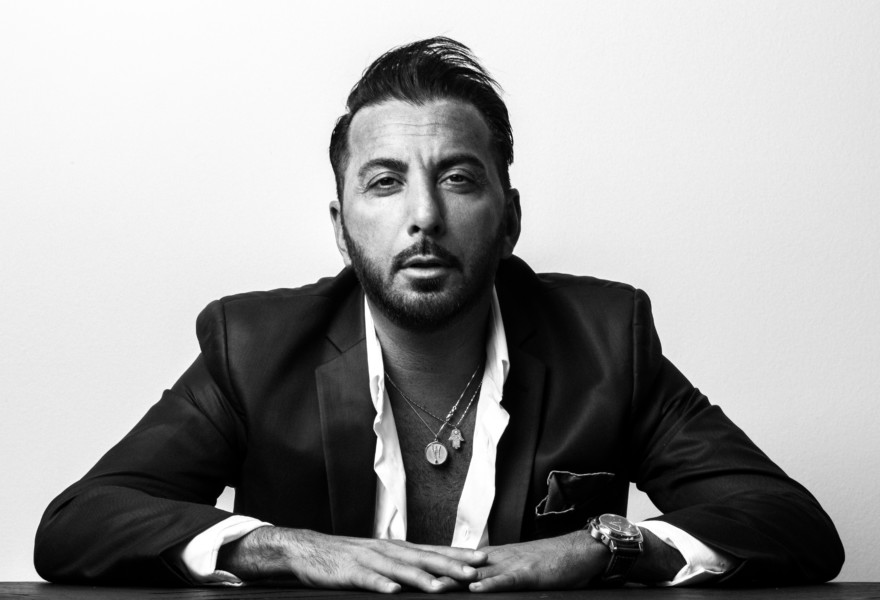 One thing the pandemic certainly didn’t take away from us was the love for a good film with a great cast.

Director and writer Eytan Rockaway’s crime-drama was inspired by actual conversations that took place between Rockaway’s father, Rob Rockaway, and gangster Meyer Lansky before his death. Actor Abeckaser portrays an FBI agent in the film, which departs his often seen mobster and nightlife character roles in prior projects.

Last seen in “The Irishman,” the performer demonstrates a new range as an actor in the feature, alongside Worthington and longtime friend Keitel, who starred in his directorial debut, “First We Take Brooklyn,” in 2018. It’s an exciting turn as Abeckaser continues to hone his craft.

“It’s been a passion project. I was obsessed and grew up knowing about Lansky,” he told Times Square Chronicles during a recent interview. Though Abeckaser didn’t produce the film he was around during the inception and had brought some of the original content to the attention of the filmmakers. It was his keen sensibilities as a true artist that helped carve out the path to production.

“He was someone known to be a tough guy and strong – kind of like a bully,” he reflects about the true story lead. “But, then you see this little five-foot-two Jewish guy who was running everything in real life. For me I wanted to to get to know this fascinating story more. This whole thing came about and I just really wanted to be a part of it.”

And, attractive characters is something that Abeckaser truly understands. He himself has a soulful presence that is undeniable. He is a legit artist who appreciates the team he works with as much as the road to get there.

For these artistic endeavors we applaud him.

Abeckaser’s next film, “I Love Us,” is a feature romantic drama that he stars in and directs, due out in September 2021, further showcasing his depth in the emotional film.

Follow Danny A. Abeckaser on social media at @DannyA27 and head to theatres, VOD and digital on June 25 to watch LANSKY.