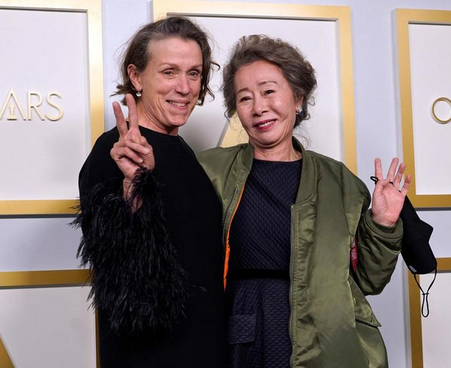 The 93rd Academy Awards honored the best in performances this year. Each acting category winner was reflective of our modern times and spoke volumes for a world looking to find unity. Never in the history of the awards has such diverse cast members been recognized for their stellar work.

“In this moment it is just amazing to have this honor,” said Daniel Kaluuya who won for his stunning portrayal in “Judas and the Black Messiah” in the media room.

It was also a night of understanding and appreciation for mankind finding a moment to love all.

“We should embrace each other,” reflected Yuh-jung Youn to the press after her Best Supporting Actress win.

Winners of the night included:

Best Actress in a Leading Role

Best Actor in a Leading Role`

Best Actress in a Supporting Role

Best Actor in a Supporting Role