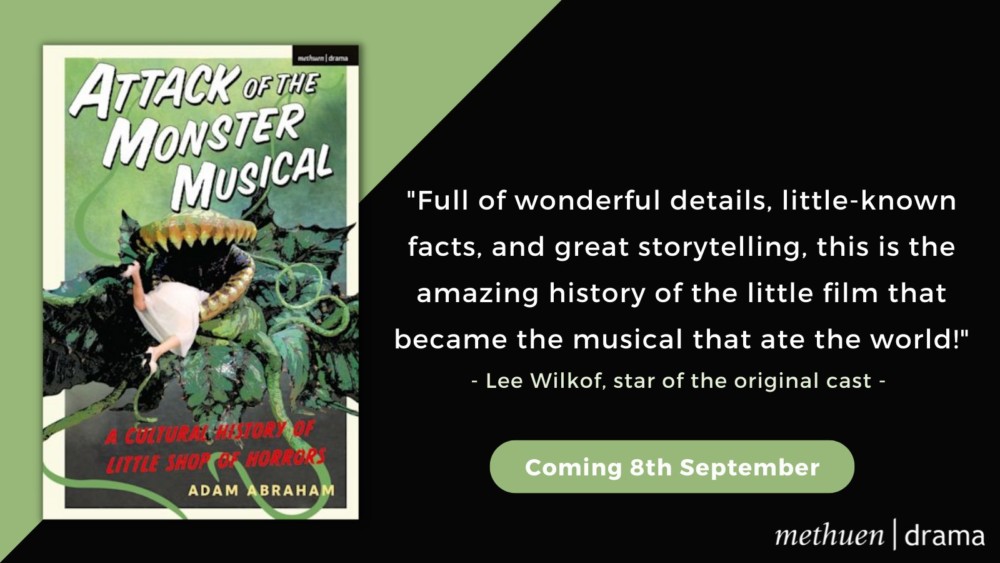 As Little Shop of Horrors turns 40, Adam Abraham’s new book, Attack of the Monster Musical, tells the complete story of the offbeat, Off-Broadway musical Little Shop of Horrors, from its origins as a low-budget Roger Corman film to its worldwide success in the 1980s.  This book came out yesterday and T2C talked to this author.

In the book the story of how Roger Corman’s 1960s movie that was shot in two days with a budget of $30,000. The film inspired the mega-hit Little Shop of Horrors, which became a global success. Abraham is a fan of the lyricist Howard Ashman who teamed with composer Alan Menken to create an iconic stage musical. Menken and Ashman went on to work for Disney with The Little Mermaid, Beauty and the Beast, and Aladdin. The collaboration ended when Ashman died.

The video is by Magda Katz.